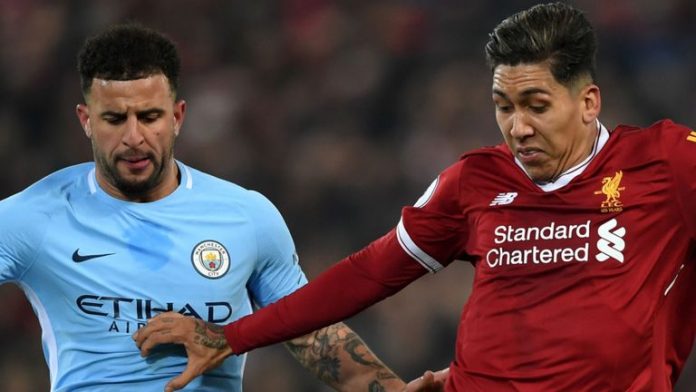 Manchester City and Liverpool get an early chance to lay down a marker for the upcoming campaign when they meet in the Community Shield at Wembley on Sunday.

City pipped the Reds to last season’s Premier League title, battling back from a 10-point deficit to claim the trophy by a single point.

Liverpool ended the season by beating Tottenham Hotspur 2-0 to win the Champions League for the sixth time.

City took four points off Liverpool in the league last term, drawing 0-0 at Anfield and winning 2-1 at home.

Pep Guardiola’s side have smashed 13 goals during pre-season and they are favourites to beat Liverpool this weekend.

The Reds have been beaten by Borussia Dortmund, Sevilla and Napoli this summer and will be eager to produce an improved performance at Wembley.

How we’re lining up in the #CommunityShield! ?