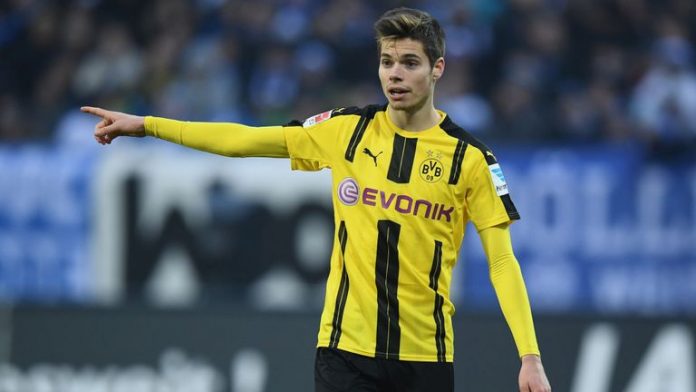 The Etihad outfit were linked with Shakhtar’s Fred initially but the Brazilian is more of a box-to-box midfielder. Furthermore, Guardiola wants a passer rather than a destroyer.

Along with a defensive midfielder, a wide attacker is also a priority for Pep this summer.

As per the reports, City are more likely to move for the Borussia Dortmund midfielder Julian Weigl now.

Weigl is a world-class talent and he could be the ideal long-term replacement for Fernandinho. In the short term, he would provide some much-needed depth to the City midfield.

It will be interesting to see if the Premier League giants submit a formal offer for the player at the end of this season.

Weigl is valued at around £27m by Transfermarkt and City would happily pay that price.

Having said that, Dortmund will not want to sell one of their best talents on a bargain and Manchester City might have to pay over the odds for Weigl.

The 22-year-old midfielder has a contract at Dortmund until 2021 and therefore the Germans are under no pressure to sell.