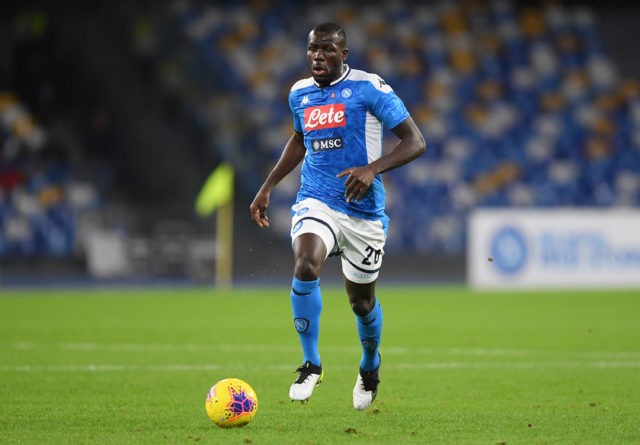 Kalidou Koulibaly looks to be on the verge of an exit from Napoli this summer. There has been plenty of interest surrounding the Senegal international with Manchester United keen to take advantage of his availability.

Koulibaly has been on the radar of many clubs for a few years now, but Napoli have so far been able to resist the interest. The revenue hit that will fall upon Napoli as a result of the coronavirus pandemic is likely to force the Italian club to sell the star asset.

Koulibaly is one of the top defenders in Italian football. The 29-year-old almost has made 200 league appearances for Napoli since 2014.

Even though United have been keeping close tabs on the Koulibaly situation, Manchester City have entered into the race with a potentially attractive offer for Napoli, according to TalkSPORT.

Pep Guardiola has reportedly offered Eric Garcia as part of the deal along with £63 million to sign the powerful centre back. Napoli president Aurelio De Laurentiis recently admitted that Manchester City are one of the clubs capable of affording Koulibaly.

According to Goal.com, he said:

“You should ask Manchester United, City or PSG this question [signing Koulibaly]. In other words, those who can afford to pay certain amounts.”

The surge of interest from City is surprising considering that Guardiola only recently brought in Nathan Ake in a £41 million deal from Bournemouth. It is understood that Ake will be used on the left side of the central defence while  Koulibaly is seen as a great compliment to the Dutchman.