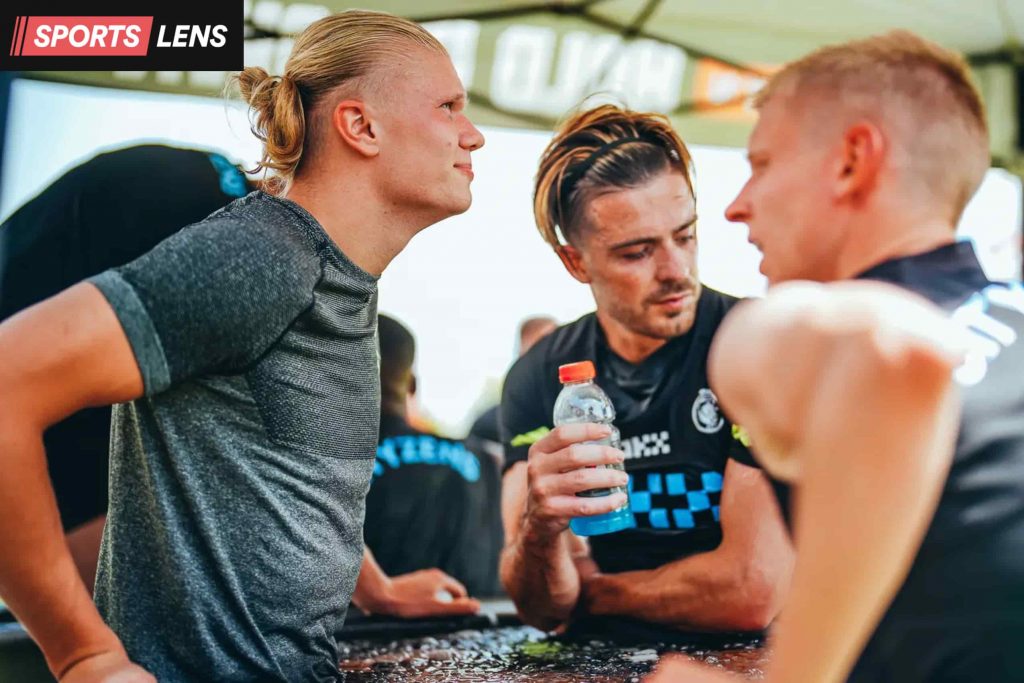 Manchester City have flown out to the United States for the start of their pre-season tour, which kicked off this week against Club America.

Pep Guardiola’s side will play two fixtures in the States before heading back home in order to play the Community Shield against Liverpool at the end of this month.

Below you’ll find a full list of the Cityzens’ off-season preparations.

Below you will find the results of each fixture as they happen.

The City squad flew out to Houston to begin their 2022/23 preparations where they have been training in the blistering lone star state sunshine.

New boys Julian Alvarez, Erling Haaland and Kalvin Phillips were all aboard the plane and we got a first glimpse of them training with the team over the last few days.

Both Alvarez and Phillips featured for the first time in the sky blue shirt when they faced Mexican side Club America at the NRG Stadium on Wednesday, home of the Houston Texans.

A clash with German champions Bayern Munich will round off their tour of the states as they travel north to Wisconsin, where they will play in Green Bay at Lambeau Field.

And, of course, Liverpool will be waiting for them back home at the end of the month as last season’s title rivals lock horns at Wembley.

Unfortunately for all the fans at home hoping to catch the fixtures in the States, the fixtures will all kick-off at midnight or after.

The Bayern Munich kick off is slightly earlier than the first fixtures at 00:00. However, the Community Shield on the 30th July will kick off in the late afternoon, scheduled to be 17:00.

John Stones, Ilkay Gundogan and Phil Foden will miss Manchester City’s pre-season tour of the United States, with the club citing the fact they do not meet the entry requirements although no more information was given.

Aymeric Laporte is also left out through injury.

City will be in action three times this month, so it is worth checking out our comprehensive guide to the best football betting sites in preparation.