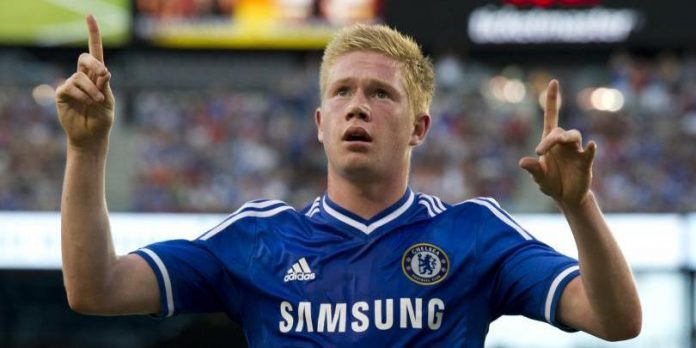 Former Chelsea midfielder, Kevin De Bruyne has enjoyed an outstanding season with the German outfit Wolfsburg. The Belgian helped them to the Champions League with 15 goals and 25 assists this season.

According to the player and his agent, several top clubs have sounded out their interest in signing the midfielder and a return to the Premier League is a possibility.

Manchester City are believed to be the front-runners in the De Bruyne race and the former Premier League Champions are looking to seal the deal, especially with the likes of Toure and Jovetic set to depart in the summer.

Earlier this month, both Wolfsburg and De Bruyne confirmed that a move is likely should the club receive an acceptable offer. However, the Wolfsburg CEO has now claimed that De Bruyne is untouchable at the moment and the German outfit are not ready to let go of him, just yet.

“At the moment I’d call him unsellable,” Allofs told German TV show ‘Doppelpass’ when asked about De Bruyne. “I am 100 per cent convinced he will play for us next year.“However, in football things can develop so rapidly, that you can’t say this now.”

While this seems like a disappointment for Manchester City at the moment, the Citizens are better off spending their money elsewhere.

Blessed with quality attacking midfielders in David Silva and Samir Nasri, Manchester City should be looking to add more width to their side. Manuel Pellegrini’ side have often fallen short against mid-table opposition this season, due to the lack of width.

The poor form of Jesus Navas and the lack of any other natural winger in the squad has meant that the Manchester outfit have had to rely on their full backs for width all the time.

While it is true that width might not be essential for every side, but Manchester City’s imbalanced central midfield, mainly due to the poor form of Fernando means they will have to devise a new system.

Furthermore, with the likes of Toure and Lampard set to leave, City might have to sign as many as three central midfielders in order to carry on their narrow midfield.