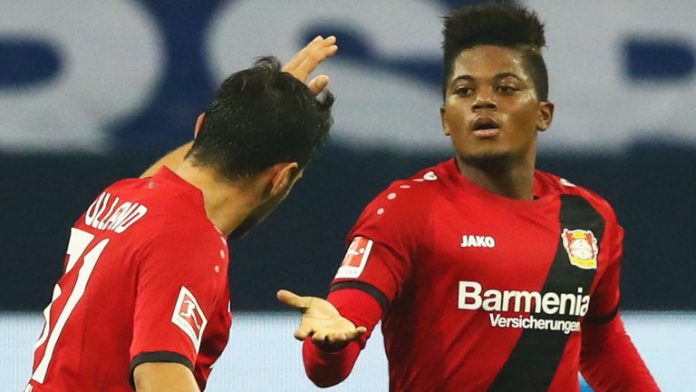 Manchester City are interested in signing the Bundesliga winger Leon Bailey this summer.

The 20-year-old has had a fantastic season so far and he has attracted Pep Guardiola’s interest. The Jamaican is very highly rated within the game and he would be a cracking signing for City.

Bailey has racked up 12 goals and 6 assists for Leverkusen this season and the Jamaican can operate on either wing.

His versatility, passing and explosive pace makes him the ideal fit for the Premier League as well. Furthermore, Bailey is very good with set pieces and he will add a new dimension to City’s attack. Pep Guardiola’s attack is already one of the best in Europe and Bailey’s arrival will take them to the next level.

Bailey has played in a variety of positions this season. The 20-year-old can play as a wing-back, a winger or a wide forward.

Leverkusen are unlikely to sell their best young player for cheap and therefore Manchester City will need to pay over the odds for Bailey.

The Etihad outfit can certainly afford to break the bank for their targets and it will be interesting to see what happens in the summer.