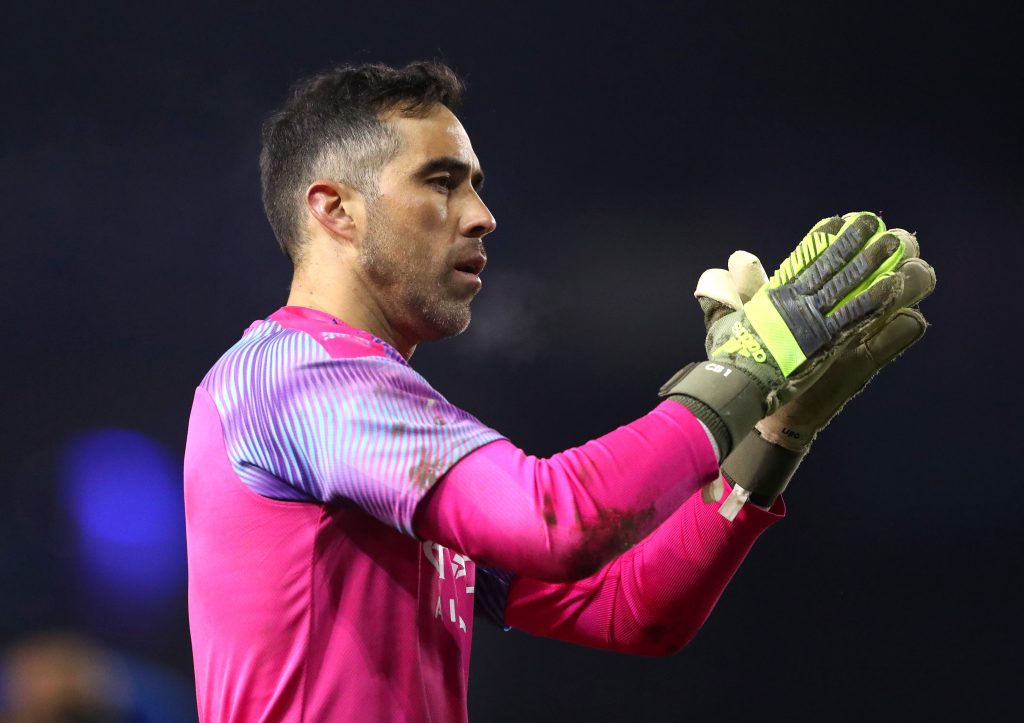 Leeds United are finally back in the English Premier League for the first time in 16 years, and head coach Marcelo Bielsa will be looking to make a couple of additions to his squad.

A new goalkeeper has been tipped to be signed, and Manchester City back-up Claudio Bravo has been linked with an Elland Road move.

Chilean outlet En Cancha claimed back in February that Bielsa admires the ability of the 37-year-old on the ball and will look to sign him this summer.

The two-time Premier League winner worked with the Leeds boss in the Chilean national team, and he has been asked if a reunion could be on the cards.

“Of course, one always has a greater apprenticeship with these managers. Difficult to happen given the chance, knowing what his job is, what his challenges are,” Bravo said on Mujeres con Opinión on Instagram (via Al Aire Libre).

“I don’t see myself signing in one place for four or five seasons. The possibility is very distant.”

Illan Meslier was in goal for Leeds after the restart, with Kiko Casilla serving a ban at the time.

The Spaniard has been tipped to leave England, and it remains to be seen if Bielsa wants the Frenchman to be his first-choice next season.

Bravo brings the much-needed experience having spent four seasons in the top-flight, playing 61 games across all competitions for Pep Guardiola’s side.

He currently earns £80,000-a-week, and while that shouldn’t be a problem for Leeds, it doesn’t appear that the Chilean is keen on joining them, and it will be interesting to see who they bring in.