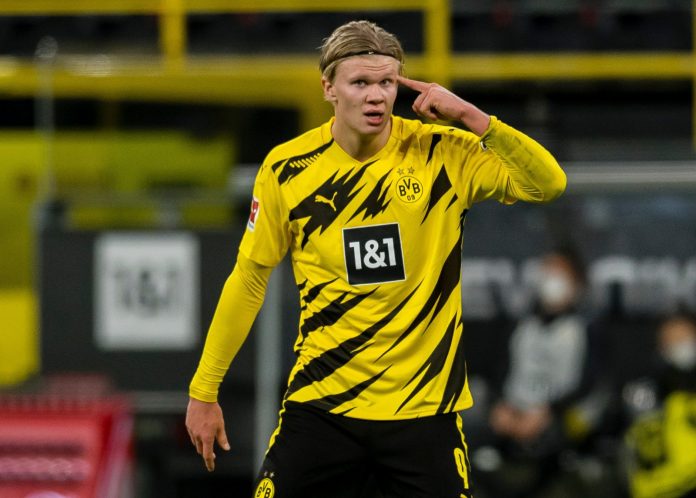 Manchester City are on the lookout for a replacement for Sergio Aguero.

The Argentine striker’s contract is set to run out at the end of the season. The Sky Blues do not plan on renewing terms due to Aguero’s age which has led to a visible decline in his performances.

The Premier League side have shortlisted Erling Braut Haaland as a potential replacement for their all-time top scorer. Reports from Todo Fichajes state that Pep Guardiola has been given the green light to make an approach this summer.

The Borussia Dortmund star is currently the most sought-after player in the transfer market. The 20-year-old is on the radar of City, Manchester United, Real Madrid and Barcelona. His eye for goal along with his impeccable conversion rate has made him a wanted target.

He has averaged a goal every 75 minutes in the Bundesliga, a feat that has never been achieved before. At just 20, the Norwegian striker has shown the potential to be world-class. His goal-scoring exploits, pace, and physical strength make him an ideal signing to replace Aguero.

However, the Sky Blues could face stiff competition from Madrid and United. The City board plans on countering this by terminating the 15% share they have on Jadon Sancho, claims Todo Fichajes.

This potential move would give City the upper hand in the negotiations. Dortmund would have complete ownership over Sancho which could positively impact the negotiations over Haaland’s sale.

Guardiola wants to rebuild his attack by having the likes of Lionel Messi, Raheem Sterling, and Haaland at the Etihad Stadium next season.

Do you see City signing Haaland at the end of the season? If not Haaland, who else should Guardiola consider opting for?