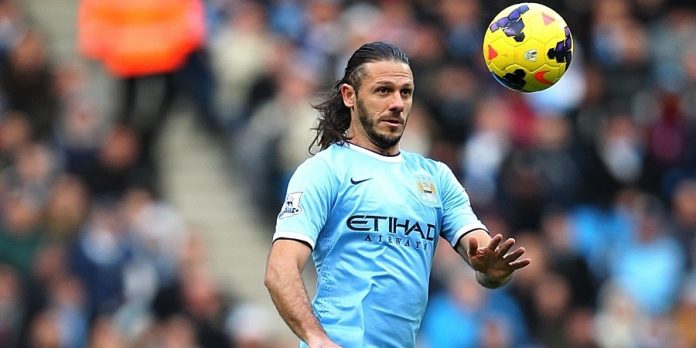 Rafa Benitez’s Napoli have been linked for a surprise move for Manchester City defender Martin Demichelis, according to Italian publication ‘Tuttosport‘.

The 33-year-old Argentine moved to Manchester City from Atletico Madrid for £3.5m in September, but has failed to impress at the Etihad with his repetitive defensive errors at the back.

Manuel Pellegrini’s side are expected to splash the cash in the summer in an attempt to strengthen their defense and have been linked to Porto’s Eliaquim Mangala for the past few months. It is also believed that the Citizens are after Porto’s defensive midfielder Fernando, and Bacary Sagna of Arsenal.

This would definitely mean that Demichelis would fall the pecking order at the Etihad, and the Argentine, who holds an Italian passport, might be interested in a move to the Serie A. Demichelis has made 27 appearances for City this season but despite his age and defensive frailties, Rafa Benitez has reportedly made him a priority signing in the coming summer.

Napoli are also interested in landing Barcelona’s Javier Mascherano and Real Madrid’s Alvaro Arbeloa, both of whom prominently figured in Benitez’s revolutionary reign at Liverpool.