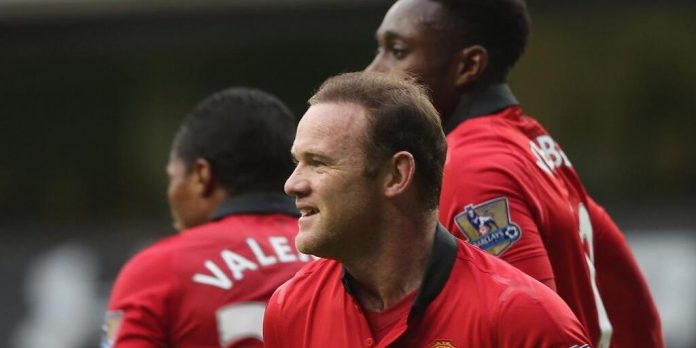 Wayne Rooney twice came to the Utd’s rescue against Tottenham on Sunday, as they played out a riveting 2-2 draw at White Hart Lane. 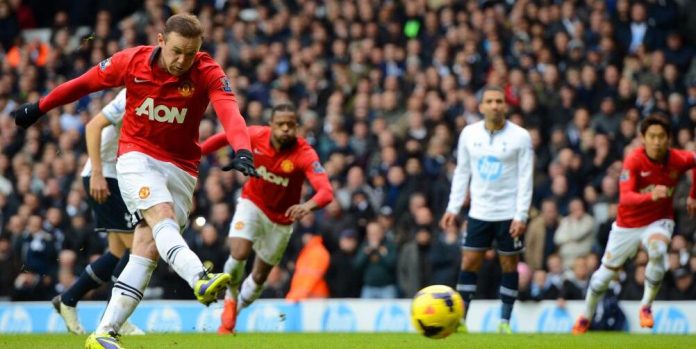 The England striker scored one in each half, the second a calmly-taken penalty, as the Champions fought back from behind against a revitalised Spurs. David Moyes will surely not be satisfied by the overall performance, as Tottenham arguably had the better of the game; with United lucky to achieve parity.

Here are the Soccerlens Player Ratings:

The Spaniard was let down by his wall for the Walker goal, and could only watch Sandro’s unbelievable effort rocket past him into the postage stamp. A good save from Lennon in the first half.

Struggled for pace against the live-wire Lennon in the first half, and was shackled well by the excellent Kyle Walker when racing forward. Not at his best.

A poor challenge that led to the opening Spurs goal, and an unconvincing display as the very open game overwhelmed him at times.

Only a little better than his centre back partner, due to some firm headers out, and decent composure under pressure. Still suspect at times though.

Couldn’t get forward enough in the first half due to Tottenham’s fluency in attack, and was at times shaky at the back.

I was impressed once more with the England international; as he got himself about the pitch well, broke up play, and showed some nice footwork in advanced positions. One of United’s best players on the day.

Some nice touches aside, the Japanese still failed to convincingly prove that his name should be on the weekly team-sheet. Came off for Young late on.

I would rather not climb aboard the current Cleverley bandwagon, but his display on Sunday did nothing to ease fears that he is not at the right standard for the club. Cut a frustrated figure throughout, over-hit passes, and offered little in the way of positive play.

Had the better of Vertonghen in the first half, but was unable to progress from there as Spurs increased pressure on the United backline in the second period. Came off for Nani late on.

Some bright moments, the best of which saw him dance past Michael Dawson at the back, only to be scuppered by a lack of support by his teammates. Won a suspect penalty for Rooney to score the second. Came off for Hernandez late on.

An isolated figure at times; Rooney still managed to claw his side back into the game twice both through fortuitous circumstances. Was arguably the only Utd player who gave his all; and he often had to drop back to aid his waning midfield. Now joint fifth in the all-time Premier League goal-scoring charts after his brace.