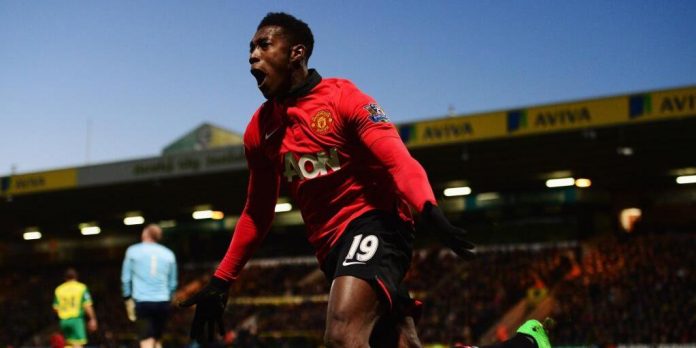 Man Utd survived a veritable onslaught from Norwich at Carrow Road, snatching a 1-0 win thanks to a second-half strike from substitute Danny Welbeck. 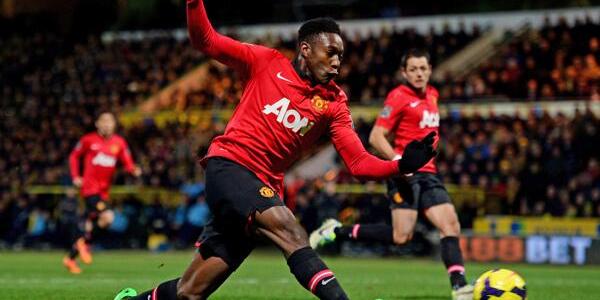 The England striker relived the pressure off the Champions, who obviously missed the influence of the injured Wayne Rooney.

The win takes David Moyes’ side up to sixth in the table, now two points off the top four, and the Scot will be pleased that his men were able to withstand such pressure for long periods.

They were arguably helped by the sheer profligacy of the poor Norwich forward line, but this type of hard fought win is reminiscent of the days of Sir Alex, with an under-strength United continuing to move up the table despite an average showing.

The young keeper was assured between the sticks, and dealt comfortably with everything Norwich could muster.

The England defender was pretty shaky throughout the first half, and struggled with the pace of Nathan Redmond on the flank. He picked it up in the second half however, and worked his socks off for the United cause.

Vidic’s presence made United seem a stronger unit, and due to the lack of energy in the midfield, the Serb was called into action on several occasions. A decent showing.

Much improved from the nightmare game against Hull City last time out. Evans made some crucial blocks and interceptions, and read the flow of the game very well.

The aging Frenchman often struggled to convincingly clear his lines in the first half, but did show some improvement as the game went on.

It is becoming clear that the 40-year-old has played in one Premier League campaign too many. Giggs seemed very laboured, and perhaps had a little too much brandy sat in his rocking chair over Christmas.

Came off for Danny Welbeck at half time, and the England man had a big impact on the game; grabbing the winning goal soon after taking to the field.

Returning to the starting XI after a lengthy spell on the sidelines, the England play-maker distributed well, and did his best in what was a midfield ultimately lacking in quality. He could have done more defensively however.

Another poor display from the heavily criticised Cleverley. Uninspired and uninvolved throughout. Should he go to the World Cup?

The Japanese attacker was tireless in the midfield, and was a positive when on the ball. He was a little slow with the final pass however, never created anything of real promise, and seemed to suffer in the absence of Rooney.

Came off for Adnan Januzaj in the second half.

Clearly United’s best player on the day. Terrorised the Norwich back-line with direct running, was an excellent outlet for the besieged United defence, and had a number of decent attempts on goal.

Roy Hodgson will surely be watching the England winger’s comeback with interest.

Hardly broke sweat in the first hour, with the isolated Mexican given little to work with. Never really looked like scoring, even with the increased possession enjoyed by United after the goal.

Came off for Darren Fletcher late on.