This summer Manchester United’s new manager David Moyes targeted to reinforce in two areas of his squad mainly – central midfield and left back. While, he had succeeded in landing a midfielder on the transfer deadline day, the left back position wasn’t bolstered, despite the fact the Red Devils were linked with few top defenders throughout the summer. 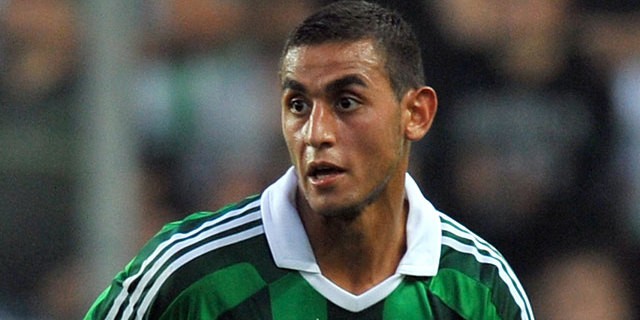 Patrice Evra has been at the club for nine long years. Although the Frenchman still maintains a certain level of high standard week-in-week-out but United are looking to bring in a young left-back now to replace the 32-year-old.

England international and Everton left-back Leighton Baines was targeted in the summer, while Real Madrid full back Fabio Coentrao was also linked with the English Champions. But, none of the deals materialized.

According to latest report from Italian media Tuttosport, Manchester United are looking for options elsewhere and are targeting St Etienne defender Faouzi Ghoulam. The 22-year-old is also a target for Italian giants AC Milan while the Ligue 1 side were in talks in the summer with Premier League clubs Liverpool and Queens Park Rangers, as well as Serie A side Torino regarding the wing-back.

In a recent interview with Sky Sports, the defender said:

“I would love to finish the season her now, it has been a very difficult time for me in the summer with the Torino affair,”

“However, things go quickly in football so we never know what is next. Manchester United? You are always flattered when such a big club is linked with you but I do not want to dream, the reality is to give 100 per-cent for St Etienne and see what will happen next.”

Evra’s future has been well speculated in the media in recent months. The left back was linked with a move with his former club Monaco in the summer and might well leave the club next season. Ghoulam has made seven appearances for St Etienne and has bagged a goal and two assists for the French side.