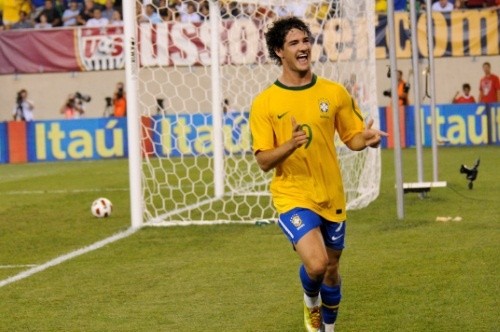 Brazilian striker, Alexandre Pato has revealed that he had a very good offer to join Manchester United in the summer.

Pato is on loan at Sao Paulo this season with his parent club, Corinthians looking to sell the unhappy striker.

The former AC Milan striker claimed that the Old Trafford outfit approached him with a transfer proposal two hours before the deadline.

He said: “Two hours before (the window closed) I had a very good offer from Manchester United”.

Manchester United were desperate to sign a striker after offloading the likes of Van Persie, Falcao and Hernandez. It appears that Pato was a target for Louis Van Gaal. Manchester United signed Monaco forward, Anthony Martial on deadline day for a massive fee of 36 million pounds plus add ons.

Martial has taken to the league like duck to water and has already scored four times for the Red Devils. Looking back at it, United fans and Van Gaal will be extremely happy that the Pato deal never worked out, whatever the reason.

It is highly unlikely that Manchester United would have signed Martial if they had signed Pato.

Manchester United fans, let us know who do you prefer at the club? Martial or Pato?