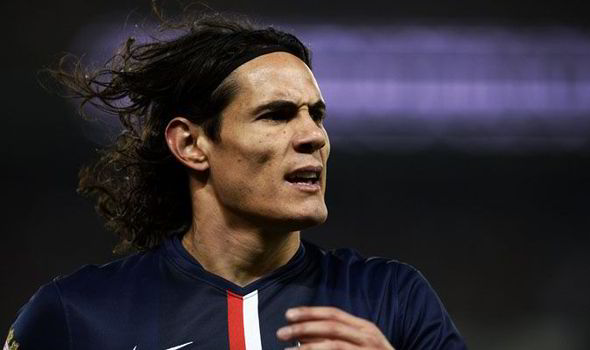 Manchester United are having quite the day in the transfer market. After it was confirmed that both Bastian Schweinsteiger and Morgan Schneiderlin had agreed to join Old Trafford, The Guardian has now reported that another top-quality signing could be on his way.

According to the British daily, Louis van Gaal has identified Paris Saint-Germain forward Edinson Cavani as the ideal replacement for the outgoing Robin van Persie. Angel Di Maria, who has been on the radar of the French club for a while now, could be included as a part of the deal.

Cavani has been linked with a move to the Premier League for a while, with Arsenal, Chelsea and United all mentioned at some point or the other as potential destinations.

The Uruguayan has been one of the most prolific strikers in Europe in the last 5 seasons. He scored 104 goals in 138 games in all competitions for Napoli, before moving to the French capital for a massive €65 million in 2013.

Even though he has been played out of position due to the presence of Zlatan Ibrahimovic, Cavani has managed to score 56 times in 96 appearances in all competitions. His consistency up front is just what United need as they look to get back into the title race next season.

The midfield department has been more or less sorted out, but the Red Devils still need a prolific goalscorer up front to pose a serious threat to defending champions Chelsea. With Van Persie and Radamel Falcao both leaving, all the goalscoring responsibility seems to have shifted to Wayne Rooney. But Englishman has always been at his best when he has has a partner to share this duty with. Cavani won’t come cheap, but adding Di Maria as a part of the deal will see both United and PSG get what they want.

Di Maria, who signed from Real Madrid last summer for a British transfer fee record of £59.7 million (earning around £280k/week) struggled to adapt at United. He was played in positions that didn’t suit him at all, and could not impose himself as a threat on the wings as he had done at the Santiago Bernabeu.