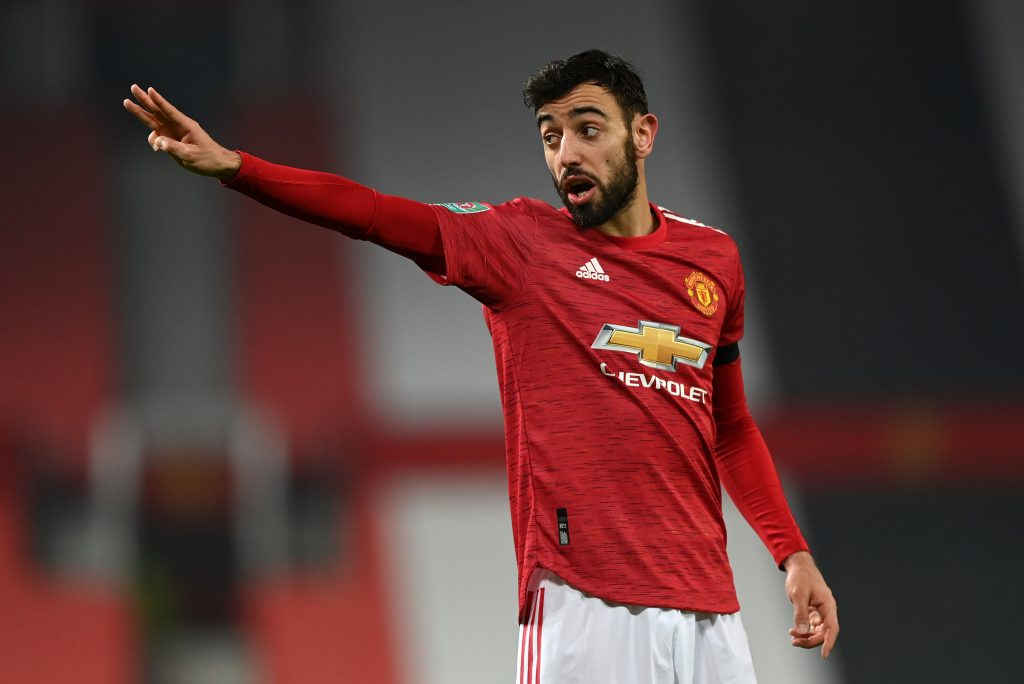 The Red Devils secured a comfortable 4-0 win in the first-leg of the round of 32 tie at the Juventus Stadium and Fernandes once again starred by bagging a brace.

The Portuguese took advantage of a collision between goalkeeper Alex Remiro and defender Robin Le Normand and scored into an open net in the 27th minute.

Prior to the hour mark, he doubled the club’s advantage after beating the offside trap before curling his shot past the shot-stopper.

Marcus Rashford made it 3-0 for United shortly after following a sublime through ball from Fred before Daniel James scored the fourth with a wonderful solo run in the 90th minute.

The victory has put United in a commanding position to reach the round of 16, given Sociedad need to score four goals without reply at Old Trafford to stay in the tie.

Fernandes has been in exceptional form this term and he has now registered 21 goals and 11 assists from just 36 games in all competitions.

He has made 52 goal contributions since his arrival from Sporting Lisbon in January last year and that is only one less than Barcelona’s Lionel Messi.

A number of United fans were delighted with another standout display from the 26-year-old and here are some of the reactions on Twitter.

Bruno Fernandes is the best player in the world, pass it on.

If you don’t think that Bruno Fernandes is a world class footballer then I’m sorry but this sport just isn’t for you. Another top performance again tonight from him. 🇵🇹

There are many people who just need to admit they were grossly wrong regarding him. It shouldn't be this hard to be humble, man. pic.twitter.com/QEI1Yx1jxx