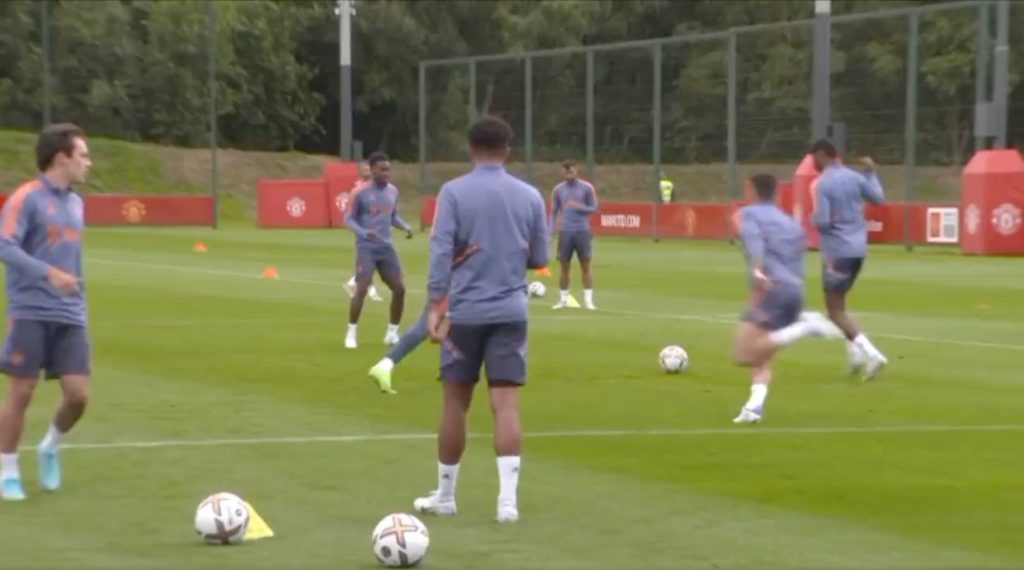 New Manchester United boss Erik Ten Hag has been filmed losing his cool already in his first week of training during a simple passing drill.

Long praised for implementing beautiful flowing football during his time at Ajax, Ten Hag has been spotted pulling his hair out during one of his first training sessions at Carrington.

Watch the video below, where you can hear the Dutchman scream “too many mistakes” as the likes of Scott McTominay and Harry Maguire struggle to make their passes count.

While it remains to be seen whether Ten Hag can indeed get this United team to play with the rhythmic intensity of his former Ajax team, it is clear to see why some of the United faithful lack confidence in the current cohort.

This is certainly in stark contrast to the Red Devils’ previous managers, and people on Twitter have been quick to point out that this level of criticism will help the players hold themselves accountable.

One user said: “This intensity of criticism needs to continue from the coaches. Players need to start holding themselves accountable for not playing up to standards rather than brushing away the past.”

Some eagle eyed tweeters also managed to find a comparison video of the same exact drill being used by Ten Hag back in the Netherlands, and the contrast in intensity to staggering. See below for the video.

Someone on Reddit shared how his Ajax teams do it, spot the difference 😂😂😂 https://t.co/KKeD2rE1zL pic.twitter.com/ykBWfg0t7y