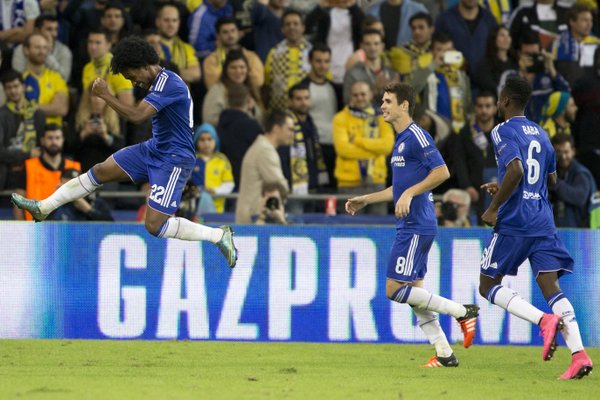 Chelsea picked up their second win in the week with a 4-0 thrashing of 10-man Maccabi Tel Aviv in their Champions League Group G encounter. Goals from Gary Cahill, Willian, Oscar and Kurt Zouma helped the Blues consolidate their Premier League over Norwich City at the weekend with another confidence-boosting result in Israel. This was also their successive clean sheet, as they look to get their miserable season back on track. Former Chelsea man Tal Ben Haim was sent off for the hosts for a vicious tackle on Diego Costa on the cusp of half-time.

They have put themselves on the verge of qualification with this win and despite their woes domestically, may very well go through to the round of 16 as winners of a group featuring league champions from three other countries.

We take a look at 3 major talking points from last night’s game:

The quality of the pitch at the Sammy Ofer Stadium was terrible, and this had led to two key injuries for the Blues. Ramires didn’t make the matchday squad after hobbling off in training a day before the game, while captain John Terry injured his ankle during the match. We are still awaiting an official verdict on the former, while the latter will certainly miss the game against Spurs at the weekend. This is a huge blow for Chelsea as they look to find some form and put together a string of positive results to move up the table. 2) Still work left to do to qualify

Had Porto been able to get a result at home against Dynamo Kiev, Chelsea would have qualified for the last 16 with this win. But as it turned out, the Ukrainians won 2-0 and blew the group wide open. Therefore Chelsea will now need a draw in their final group game against Porto to qualify. The English side have a better head-to-head record against Kiev, and have scored more goals than Porto. They will be quietly confident with the game being played at Stamford Bridge, but Jose Mourinho will know that the job is far from done.

This is what the Group G standings look like after Gameweek 5: 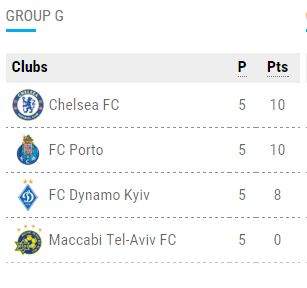 2) Negatives and positives ahead of Spurs game

Chelsea travel to White Hart Lane on Sunday to take on a Tottenham side who haven’t lost in the Premier League since the opening day of the season. Harry Kane and Co. are in fantastic form, and the Blues will have to be at their very best to get a result against their London rivals.

Despite another morale-boosting win last night, there were times when Chelsea looked extremely open and vulnerable on the counter-attack. Maccabi didn’t have the quality to punish them, but Spurs surely will if they get the chance. Mourinho will want to more from his players, as his altercations with Diego Costa and Eden Hazard during the game clearly showed. Both these players were lambasted by their manager for showing a lack of effort. The injuries for Chelsea could also have a bearing, with the energy of Ramires in midfield and the leadership of Terry at the back missing. 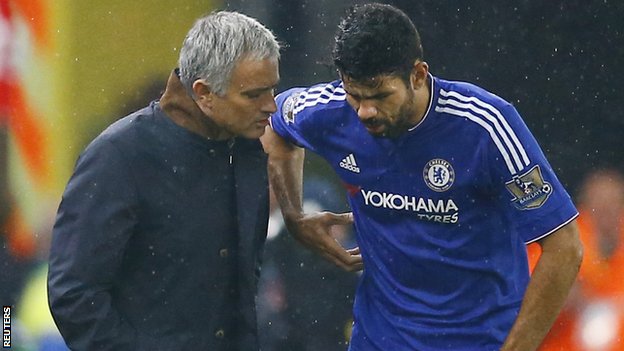 On a positive note, there is Willian. The Brazilian is getting better and better with every passing week this season and scored his 6th free-kick goal of the campaign with another exquisite strike. He has been the shining light in an otherwise forgettable season for the defending Premier League champions thus far and will be vital in the games going forward as well.

Do you think Chelsea can get a result against the in-form Tottenham side at the weekend? Leave your thoughts in the comments below.