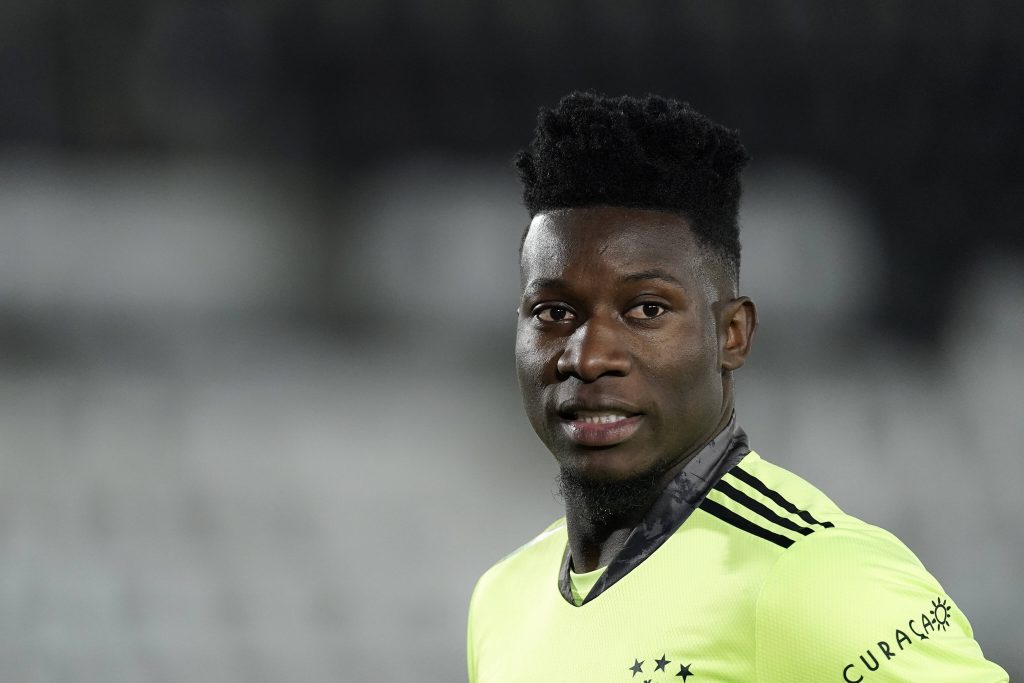 Lyon are on the cusp of landing the signature of Ajax goalkeeper Andre Onana, French publication L’Equipe claims.

The Cameroon international is currently under a FIFA-imposed ban after mistakenly taking a medical drug that was deemed illegal.

His suspension was recently reduced from 12 to nine months, but he can’t return to competitive action until November 4.

However, he can be involved in team training two months earlier, and it appears that Lyon are set to win the race for his services.

Premier League club Arsenal have been long-term admirers, and it appeared last month that they were favourites to sign him.

Bernd Leno’s presence has probably proved a roadblock, and Onana is now on the verge of joining Les Gones on a cut-price deal.

Ajax were looking for €8 million for Onana, who has entered the final year of his contract. Lyon have proposed €6m with a host of bonuses.

The Gunners contacted Onana’s representative earlier this year, but a deal was always likely to be complicated with the ban.

Onana will miss most of the first half of next season. He could also be absent for four weeks in January and February due to African Cup of Nations duty.

This has probably been a reason behind the Gunners’ reluctance to make a formal approach for the once Barcelona graduate.

The club have shifted their stance to signing a homegrown goalkeeper, with Sheffield United’s Aaron Ramsdale emerging as the top target.

Ramsdale could play second fiddle to Leno rather than replacing him.