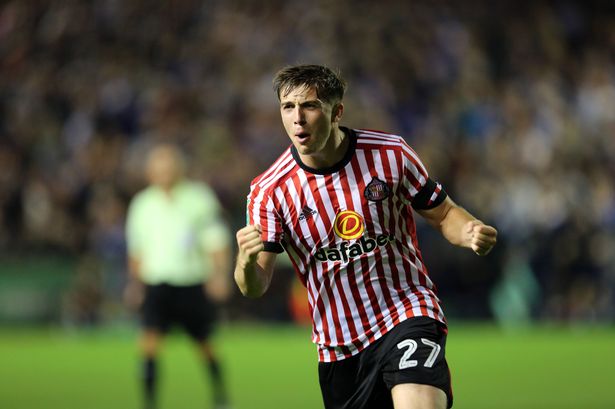 Sunderland ended their dismal run of ten games without a win with a fantastic 4-1 victory against Derby County on Friday in the Championship.

After the match Sunderland midfielder Lynden Gooch took to social networking site Twitter to express his reaction. He posted this message:

George Honeyman scored the opening goal for the visitors in the 10th minute. Ashley Fletcher made it 2-0 after the half hour mark, before Matej Vydra pulled one back for the home side.

Aiden McGeady scored from the spot to restore the two-goal lead, and John O’Shea poked in a fourth after a goalmouth scramble.

The 22-year-old has made 21 appearances this season for the Black Cats, although a majority of them have come from the bench.

He started the match against Derby, and made a solid impact during the game. Although he didn’t score or grab an assist, his his overall performance was impressive.

Sunderland fans reacted to his post on Twitter and let him know that he played well on the night. Here are some of the best reactions:

Lynden you were excellent lad, absolutely. Was meant to wish you good look at the Mumbai opening on Wednesday night but honestly, worked your socks off today. Well done!!

You had a cracking game lad!