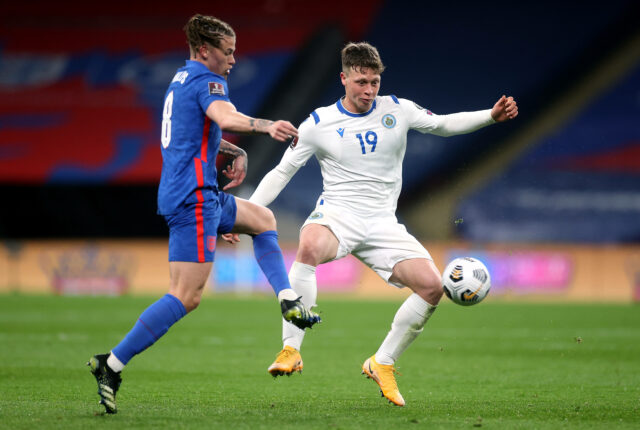 Phillips played the entire game as England won 5-0 against San Marino in a World Cup qualifier at Wembley on Thursday.

Dominic Calvert-Lewin scored twice, while James Ward-Prowse, Raheem Sterling and Ollie Watkins also got on the scoresheet as England dominated throughout the game.

The 25-year-old midfielder is gradually establishing himself as a regular member of the England squad. Ayling made his feelings known on Twitter.

Phillips has been simply outstanding for Leeds this season. It is a matter of pride for all the Whites fans that he represents the national team and is doing so well, getting rave reviews from his manager.

There were claims made by several journalists that Gareth Southgate could include Luke Ayling and Patrick Bamford in the national team set-up for the World-Cup qualifiers.

Bamford narrowly missed out, with Southgate opting for Aston Villa striker Watkins who scored on his debut against San Marino.

Ayling has been equally outstanding for Leeds this season, and Southgate was also reportedly impressed by him. However, it seems he will have to wait for his chance.

In other news, check out the ultimate football cheats and divers XI.