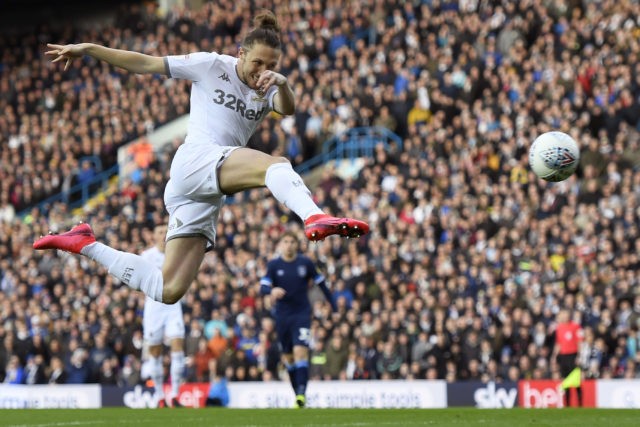 Luke Ayling has been simply brilliant for Leeds United this season under Marcelo Bielsa.

The 28-year-old has made 28 appearances for the Whites in the Championship and has four goals and three assists to his name.

The versatile defender has also scored a stunning goal against Huddersfield Town which can be claimed as one of the goals of the season.

In an exclusive interview with Phil Hay of the Athletic, Ayling has shared his thoughts on various topics ranging from his magical volley to Marcelo Bielsa’s management to reflecting back on his early playing days.

In the interview, Hay writes that Ayling believed he was joining Scottish champions Celtic before moving to Elland Road in 2016.

Ayling joined the Whites in 2016 from Bristol City. Both Celtic and Leeds were interested in him. In fact, the terms offered to him by Celtic was very good and that the deal was nearly agreed, but the move didn’t happen in the end.

Celtic overspent on Scott Sinclair, who joined from Aston Villa on a £3m deal, a week before and they didn’t have enough money to move on with the deal for Ayling. As a result, talks “died a death”.

Hay writes for The Athletic:

“Kyle Bartley, one of his closest friends from their Arsenal days, was on loan at Leeds from Swansea and once discussions about that switch started, a deal was put in place quickly.

“When Ayling says he was surprised to have Leeds and Celtic knocking on his door, he means it. “It took me aback after the season I’d had,” he says. “It really wasn’t the greatest.”

Leeds United are top of the Championship table with nine games left to play. They will face Cardiff City on Sunday.