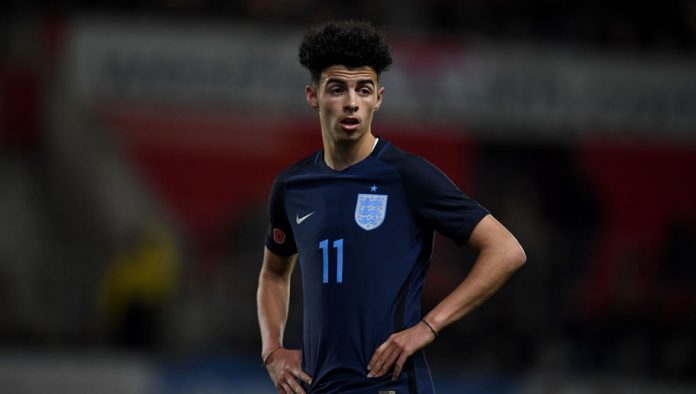 Liverpool under-23 midfielder Curtis Jones was named player of the tournament at the end of the UAE Sports Chain Cup on Sunday as England under-18s emerged runners-up behind winners Czech Republic.

The young Three Lions ended the competition with a 3-2 victory over Mexico having won one (Japan) and lost one (Czech) in their opening two games.

Jones impressed the most, beating the likes of Arsenal’s Folarin Balogun to the prize after assisting and scoring against the Mexicans, while he also caught the eyes with his performances in the 4-1 win over Japan and the narrow 1-0 loss to Czech.

Jones has been a key player for the Reds under-23s this season since earning promotion from the under-18s, scoring twice in 10 Premier League 2 appearances.

The English youngster has also caught the eyes of manager Jurgen Klopp, regularly training with the senior team.

Jones, alongside Rafa Camacho and Ki-Jana Hoever impressed when they made their Liverpool debut in the 2-1 F.A Cup defeat to Wolverhampton Wanderers, and the future is indeed bright for the youngster.

The 18-year-old has been with the Anfield outfit since 2010 and did feature prominently during the last pre-season, earning Klopp’s praises for his mobility and dribbling skills.

Jones looks set to follow Trent Alexander-Arnold into Liverpool’s first- team in the coming months and years, and his huge potential says it all.