Liverpool host Swansea City in the Premier League on Sunday. It is particularly a crucial game for the visitors as they find themselves in the 14th place in the league. The hosts, on the other hand, have recently picked up form and must be in confident mood after having beaten Manchester City 1-4 at the Etihad Stadium last weekend.

Monk’s position as Swansea manager is under threat at the moment and a result against Liverpool will certainly bring him some much needed respite. For that to happen, Swansea players will need to dominate certain areas of the pitch.

Here is a look at three prospective key battles from the match that may shape its outcome.

The 25-year-old summer arrival from Marseille has gotten off to an emphatic start in the Premier League. Ayew, in fact, is the prime reason as to why the Swans don’t find themselves in a worse position at the moment. With 6 goals and 1 assist so far, the Ghana international will be hoping his contribution against Liverpool, a side he has claimed to have been a fan of all his life, can get them a favorable result. With the rest of his teammates not doing too well in recent weeks, there will be more pressure on Ayew to deliver.

Dejan Lovren will be entrusted with the task of keeping him quiet. The 26-year-old has replaced Mamadou Sakho in the starting 11 after the Frenchman got injured against Crystal Palace. There is no question about Lovren unable to get going after his big money arrival last season. However, it seems like the Croatia international is picking up form and confidence as he looked composed and solid against Manchester City and Bordeaux. He must be on his top game against Swansea and it will be imperative for him to deal with Ayew as the Swansea frontman is capable of causing some real damage. 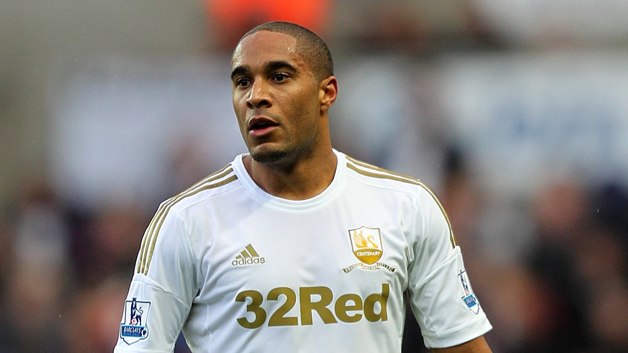 Benteke has raised a few questions in the past few dates. Can he fit into the starting line-up or is he a luxurious commodity for the side? Given Klopp starting started with no out-and-out strikers on the pitch against Manchester City and Chelsea, it’s difficult to figure out what role the Belgian is going to play permanently under Klopp. However, his well taken goal and overall performance against Bordeaux (he also won the penalty and had two disallowed goals) do show why Brendan Rodgers paid £32.5m for him. The 24-year-old should get a start against Swansea and it will be up to captain Ashley Williams to stop the former Aston Villa man. Williams is definitely the most reliable player for Swansea because of his remarkable level of consistency. The Wales international will also have to curb the threat of other Liverpool attackers but ensuring Benteke doesn’t cause serious damage, especially with his aerial prowess will be job number one for the skipper.

Montero only played 20 minutes against Bournemouth and will consequently be fresh and firing to go against Liverpool. Even though he is expected to switch wings during the course of the match, he will start on the right side and be up against Alberto Moreno. The Spaniard started the season as second choice to youngster Joe Gomez. A long term injury to the Englishman meant Moreno had the chance to grab his spot back and he has done so with some solid performances. Moreno will need to be on his best defensive foot to ensure the incredibly pacey Montero doesn’t cause too much damage. Montero is very fast on the flanks and Moreno must not be caught out of position. Moreno will need to continue to find the right balance between his attacking instinct and defensive responsibility in this game.