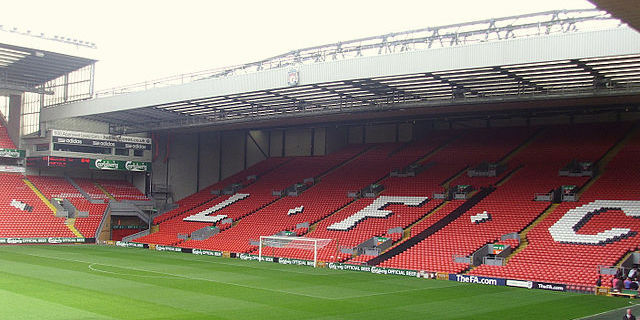 Liverpool welcome Southampton at Anfield on Saturday afternoon looking to extend their stay at the top in the Premier League with yet another victory.

The Reds have lost their 100% winning record this week, after they were held to a 2-2 draw at the Liberty Stadium against Swansea. But, they still have a slender one point lead over Arsenal; so, another victory will secure their position at the top for another week, irrespective of other results.

Brendan Rodgers’ side has been nothing short of impressive since March of last season. They are on a 10-home game unbeaten run, and 12 overall since their last defeat against Southampton last season.

Their opponent Southampton are sitting in 11th place with 5 points and manager Mauricio Pochettino would be worried about the inability of his side to convert chances into goal.

In their last match against West Ham, the forward line-up of Rickie Lambert, Adam Lallana, Jay Rodriguez and Dani Osvaldo created abundance of chances yet couldn’t convert the draw into a victory.

The Saints have averaged the second-highest possession figure this season (59.1%) but the stat that should create a panic among the fans is they have won just only once in their last 10 Premier League matches.

Daniel Agger, who missed the Monday night clash with Swansea due to a freak injury sustained due to over-stretching in the gym, is back in training again and is expected to start, which means Mamadou Sakho will be dropped to the bench.

However, the Reds have suffered a huge blow with the news that Philippe Coutinho would be out for up to six weeks with a shoulder injury and will need an operation. New signing Iago Aspas is expected to take his place, while Raheem Sterling is also in contention.

Andre Wisdom, who started against Swansea in place of injured Glen Johnson, could be replaced by Kolo Toure, while Luis Alberto could get a chance to impress his manager from the bench after scoring a hat-trick in midweek for the Under 21’s.

Southampton left-back Luke Shaw has overcome the knock suffered against West Ham and will be expected to start, while Danny Fox and Tadanari Lee could miss out.

Daniel Sturridge – The England international has scored in all of Liverpool’s matches so far this campaign and has become the first player for the Reds to score in first four matches in a Premier League season.