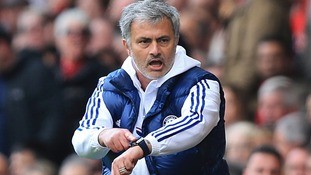 Liverpool versus Chelsea is a fixture that never fails to entertain. Over the last decade, these sides have given us some of the most memorable matches, not just in the Premier League, but in the Champions League and the Cups as well.

On Saturday, as Jose Mourinho’s high-flying Blues travel to Anfield to take on Brendan Rodgers’ vulnerable-looking Liverpool side, the odds are firmly stacked in the visitors’ favour. But the experienced Mourinho will know that the Reds can never be taken lightly, especially at home. Chelsea have made some extremely silly mistakes in the 2 games that they have failed to win this season. On both those occasions, away at the two Manchester clubs, the Blues took the lead before conceding an equaliser in the closing moments of the match.

Here are three key questions for the Blues to consider for the game at Anfield:

1) Can Eden Hazard Deliver Once Again?

Eden Hazard has undoubtedly been the standout player in the Premier League this season. The Belgian has mesmerised and dazzled with his silky skill and box of tricks, and has added one aspect to his game that was lacking last season: consistency. Hazard is now doing it on a regular basis for the Blues, and even though he missed a late penalty against Maribor in midweek that failed to get Chelsea all three points, he was almost single-handedly responsible for getting his side back into the game. After being accused of not delivering in big games a couple of years ago, Hazard has been magnificent even when it matters most over the last season and a half. 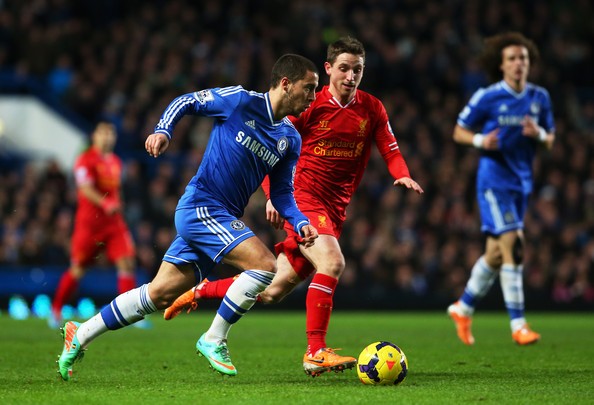 2) Which System Will Jose Mourinho Go With?

One important tactical decision that Jose Mourinho will have to take for this game is whether he will go with the 4-3-3 or the 4-2-3-1. The former was used by the Portuguese in away games at Everton and Manchester City earlier this season, with Ramires preferred to Oscar in the side. But the out-of-form Liverpool may be there for the taking, so Mourinho may choose to go with a more attacking setup. Oscar’s form of late has been fantastic, and the addition of commitment and determination to his creative side of play has been lauded by his manager time and time again. 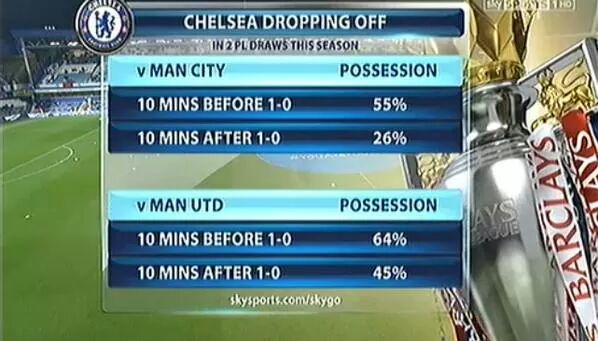 A similar approach at Anfield may come back to bite Chelsea. Unlike last season, when Chelsea came to Merseyside to stop Liverpool from playing their game, the onus is very much on the Blues to do the running this time around. If they try to hold out with a one-goal lead, the home crowd can egg the Reds on to cause an upset.