Liverpool midfielder Adam Lallana has signed a new deal with the Reds after an impressive start to the season.

The former Southampton midfielder has rediscovered himself under the management of Jurgen Klopp and has been a key figure for the Reds this term. The 28-year-old was also named as the England player of the year last month.

The Merseyside giants have confirmed the deal on their official website. Their statement read: “Liverpool Football Club can announce Adam Lallana has today signed a new long-term contract.”

Liverpool Echo are reporting that Lallana has signed a 3-year-contract worth around  £110,000 per week.

Speaking to the club media after his contract renewal, Lallana said:

I’m very proud and feel quite humbled by the show of faith from the club and the manager in particular. Signing for a club like Liverpool is obviously a big thing – but to re-sign shows you’ve obviously contributed enough that the people who make the decisions want you to stay longer. “This is a really good place to be at the moment and, for a player who wants to be part of something special, I can’t think of a better club to commit your future to. We have a brilliant squad of players who are only going to get better the longer we are together. We have a world-class manager and coaching staff.

I would say I feel in this moment like I’m playing as well as I ever have – and if that is the case, of course, the next challenge is to maintain or improve. That is always the case at a club like this – you have to keep proving yourself and challenging yourself. I think my best years are still ahead of me because I feel so fresh and confident. You can’t always promise to be the best player on the pitch but I think you can promise to try your best each and every game. I try to do that and I think the Liverpool supporters see that in me. 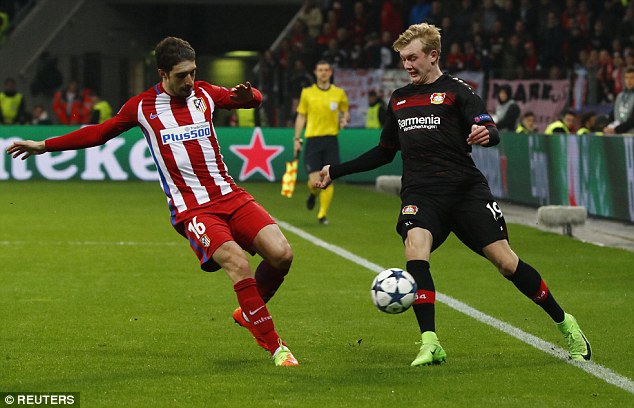 In other news, Liverpool target Julian Brandt is now being monitored by Real Madrid as well.

Daily Mail are reporting that Los Blancos recently send their scouts to watch the German midfielder against Atletico Madrid in the Champions League. The 20-year-old winger impressed against Diego Simeone’s men even though Leverkusen were beaten.

Klopp is thought to be keen on signing a winger at the end of this season. The Reds have been linked with Pulisic and Brandt among others.