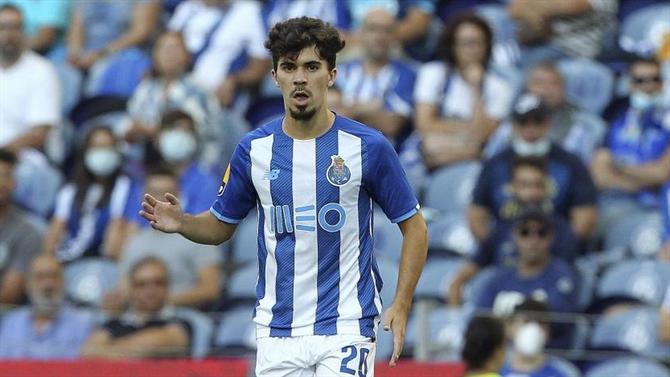 Liverpool have been linked with a move for the Porto midfielder Vitinha.

The 22-year-old has been in impressive form for the Portuguese outfit this season and he could prove to be a quality long term acquisition for the Premier League giants.

The report from Defensacentral also claims that Real Madrid are keeping tabs on his situation as well and the Reds could face competition from the Spanish giants this summer.

It is no secret that Liverpool will have to improve their central midfield department in the summer, especially with the likes of James Milner and Jordan Henderson past their peak period

Furthermore, the likes of Naby Keita and Thiago Alcantara have been quite injury prone since their move to Anfield.

The Reds cannot rely on Fabinho as their only reliable central midfielder going into another season and Jurgen Klopp must look to bring in more reinforcements at the end of the season.

The 22-year-old Porto midfielder has proven his quality in the Portuguese league and Champions League this season. Furthermore, he is versatile enough to operate as a central midfielder as well as an attacking midfielder.

The hardworking midfielder should be able to fit into Klopp’s high pressing style of football and he is expected to contribute with his creativity in the final third as well.

The 22-year-old is still far from reaching his peak and working with a world-class manager like Klopp could help him achieve his tremendous potential.

Furthermore, Liverpool have an ambitious project at their disposal and the Reds have been challenging for major honours consistently. The midfielder is likely to be tempted to join the Premier League giants if there is a concrete offer on the table.

The Reds recently signed Luis Diaz from Porto and it will be interesting to see if they can use their connections and lure the Portuguese midfielder to Anfield in the coming months as well.