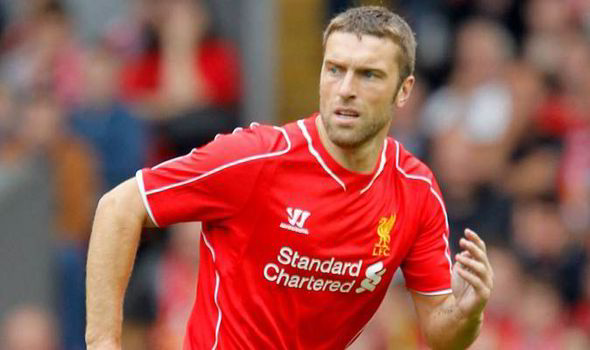 Liverpool striker Rickie Lambert is closing in on an exit from Anfield after just one season. Sky Sports have tweeted through their official account that the Englishman is having his medical at West Bromwich Albion ahead of a permanent move to the Hawthorns.

BREAKING: Rickie Lambert having medical at West Brom ahead of proposed transfer from Liverpool. #SSNHQ

The Reds bought Lambert from Southampton last summer for £4 million, a deal that was at the time considered a bargain, taking into account his impressive performances with the Saints the season before. But, after managing to score just 2 league goals and failing to alleviate Liverpool’s woes up front, he is set to move on. Brendan Rodgers has brought in Christian Benteke and Danny Ings this summer, which means that Lambert’s chances of playing regular first-team football for the Reds are few and far between.

Tony Pulis has made some good signings this summer, bringing in James McClean from Wigan Athletic before splashing £8 million to sign central defender James Chester from Hull City, who were relegated to the Championship last season. Lambert is a hard-working player who gives it his all for the side, chasing every ball down and not allowing the opposition backline a single minute’s rest. He is also very good in the air and a clinical finisher. These are qualities that Pulis likes with his players, as he believes in building a team based on discipline and solidarity.

The 33 year-old is a self-confessed Liverpool fan and was in dreamland following his move to Merseyside last summer. But unfortunately, it didn’t off as planned and he will now look to resurrect his career with a club that suits his profile a lot more.