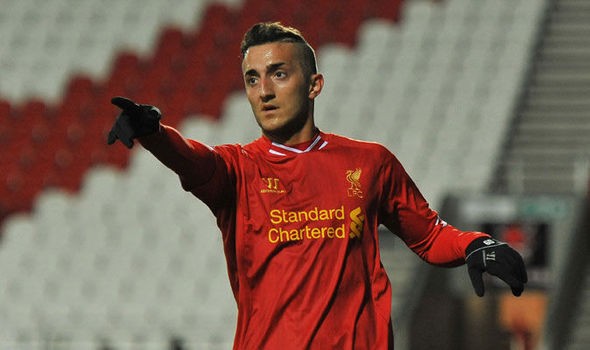 Liverpool have confirmed on their official website that youngster, Samed Yesil has been sent out on loan to Swiss side FC Luzern for the rest of the season. This is after the permanent departure of striker Fabio Borini, who joined Sunderland for £9 million earlier in the day. Minutes before Yesil’s move, another youngster, Sergi Canos, was also sent out on loan – to Championship side Brentford. Yesil joined Liverpool as an 18 year-old from Bayer Leverkusen in 2012, but is yet to feature for the Reds in the Premier League. He has though, a couple of appearances in the League Cup to his name, both of them coming in the 2012-13 season.

At Luzern, he will play under former Liverpool player Markus Babbel, who spent 4 years at Anfield between 2000 and 2004.

Yesil is Turkish born, but has represented Germany at every level from the U-16’s to the U-19’s. He is still undecided, over which national team he will represent at the senior level. From Liverpool’s point of view, Brendan Rodgers will be hoping he can continue his development in Switzerland and be ready to compete for the first team on his return to Merseyside next summer.