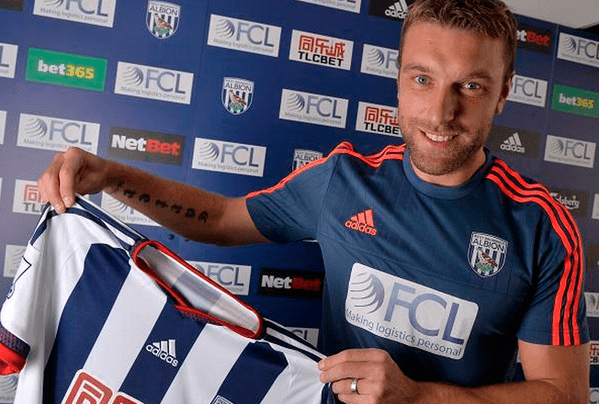 The former Southampton player joined his boyhood club last season, but failed to break into the first team, despite injury to Daniel Sturridge. The England striker has now joined WBA and will be hoping to end his career on a high.

NEW SIGNING: We are delighted to announce the arrival of Rickie Lambert from Liverpool http://t.co/x5Q3ahsFJa pic.twitter.com/3BPywKxhpQ

The player posed in the WBA shirt as he was unveiled this evening. Lambert will wear the number 17 shirt at West Brom.

Liverpool have confirmed the deal as well and wished Lambert all the luck in his future endeavors.

Best of luck to Rickie Lambert after he today completed a move from #LFC to @WBAFCofficial: http://t.co/yznfB2SUZk pic.twitter.com/fh43co1CwM — Liverpool FC (@LFC) July 31, 2015

Liverpool have signed two new strikers this season in Christian Benteke and Danny Ings. Furthermore, Divock Origi is also back from loan.

Mario Balotelli and Fabio Borini are set to follow Lambert out of the club as the duo have been ordered to train away from the group.

Rodgers has informed Balotelli that he is the seventh choice striker at the club and has no future under him. The same applies for Borini, who is looking to return to Serie A this summer.