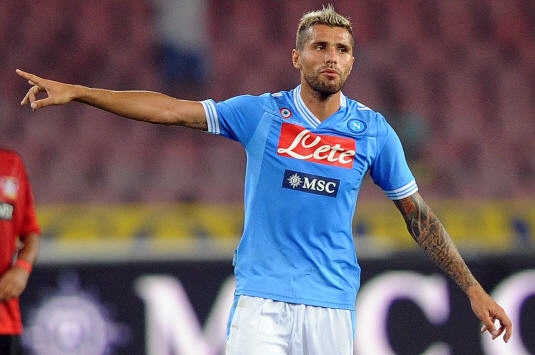 Liverpool target and Napoli midfielder Valon Behrami is set to join Inter Milan in the summer according to sources in Italy and the player’s native country Switzerland. Football Italia reported a couple of days ago that Inter have reached an agreement for the player, who will join the San Siro outfit after featuring in the World Cup. 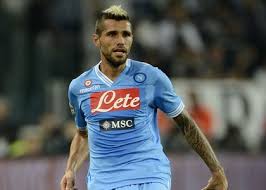 The Swiss International has fallen the ranks in Rafa Benitez’s side with the Spanish manager preferring to field new signing Jorginho alongside Gokhan Inler as the two double pivot in his 4-2-3-1 setup at the Partenopei.

Liverpool were interested in the 29 year old who has had Premier League experience earlier with West Ham United, as a suitable replacement for Lucas Leiva in the central defensive midfield position. Behrami has featured in 30 appearances for Napoli this season who finished third in then Serie A but claimed the Coppa Italia beating Fiorentina by 3-1 in a violence marred final.

However, Corriere dello Sport reported Behrami has agreed a a three-year with the Nerazzurris paying a salary of €1.8m. This would represent a €500,000-a-season pay-rise for the former Fiorentina player.

Behrami however gave the clearest indication to switch loyalties in the summer when he apparently joked to Swiss Daily Blick that he could stay in his five star villa in Switzerland and play for Inter as the club’s training ground is just 30 minutes away. the story was also echoed by Napolistyle.it.

“Here I can relax, here I can enjoy and could still stay and live here in Gentilino, for that matter. The training sessions would be just beyond the border.”