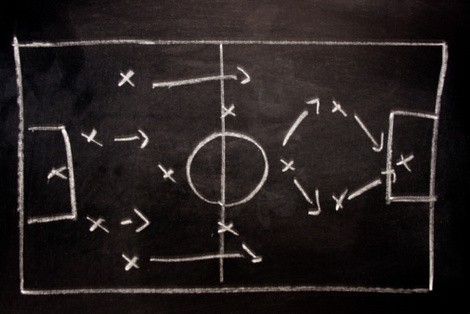 Sitting pretty at the top (joint) of the table, Brendan Rodgers must be feeling good about how his side are going so far this season. Recently Rodgers has used a 3-5-2 formation and it has worked so far. The formation uses three central defenders with two wing backs.  In midfield it boasts two players in a holding role and one in an attacking/creative role but most importantly it allows Daniel Sturridge and Luis Suarez to play along side each other upfront providing a deadly strike partnership.

This formation has been used successfully by Juventus, the Italian national team and is also used frequently in South America, so it is a proven formation despite hardly being used in the Premier League. Because of the depth Liverpool has in central defence, their attack minded full backs and two prolific front men this formation suits Liverpool perfectly.

So how does Liverpool shape up with a fully fit squad? Currently the only unavailable first team members are Glen Johnson and Phillipe Coutinho. The right wing back role is tailor-made for Glen Johnson, he loves to get forward but always gets back to complete his defensive duties, so he will comfortably slip into that role.

The Phillipe Coutinho situation is a little less straight forward. The attacking/creative midfield role is another perfect fit for him, but that role is currently being filled by Victor Moses who has been in good form. I think Coutinho will be given that role by Rodgers, but leaving out Moses will be difficult. We may see another change in formation by Liverpool to fit him in, most likely on the wing (probably reverting to four at the back). But if Rodgers sees this formation as the way forward he may even look at converting Moses into a wing back where Enrique currently plays.

Jordan Henderson will also find it hard to get a place in the squad with just two positions in central midfield, Lucas and Gerrard will most likely be first picked for them and Henderson could find himself warming the bench again.

The central defence is another problem.  Three central defenders means Rodgers can use the depth he has in that position. But currently he must have a huge selection headache. Agger is clearly Liverpools best defender, but Toure, Skrtel and Sakho have been in good form while Agger was injured and it will be hard for Rodgers to leave out one of his inform defenders to fit in the Vice-Captain.

So Liverpool’s formation is a mystery for the time being, I suppose we should just leave that dilemma for Brendan Rodgers to sort out and just hope he makes a good decision. Personally, I would rather Liverpool play a lopsided 4-2-2-2, four at the back, two holding midfielder, one winger, an attacking midfielder and two front men. But I have very few problems with the current system being deployed. Goodluck BR.