The will-he, won’t-he nature of Raheem Sterling’s future at Liverpool looks set to drag on long into the summer, with the scintillating attacker potentially the subject of a tug-of-war between a list of venerable suitors and his current employers.

The much-publicised interview with the BBC in which he labelled Arsenal’s reported interest flattering and refuted claims he was a money-grabber have been well covered and put a strain on the player and his club.

However, over recent days the British media have delighted in publishing photos of the England international smoking shisha pipes and taking nitrous oxide.

Although legal and considering the respective players’ young ages forgivable to some degree, it gives Reds boss Brendan Rodgers a real headache.

Given Sterling’s current reluctance to pen an extension at Anfield, the Northern Irish manager risks ostracising his star man further with disciplinary action.

However, a lack of repercussions for Sterling’s questionable actions also has the potential to breed a culture of player power.

Another part of Sterling’s interview with the BBC is of specific interest and highly relevant here, with the 20-year-old stating that he wants to focus solely on his football.

These images of unprofessionalism clearly detract from the statement, with the issue being accentuated due to Ibe being dragged into the issue also.

Much will depend on Liverpool’s final position this season, with the difference between fourth and fifth potentially deciding whether Sterling stays or makes his case to go.

Rodgers may well have lifted Liverpool’s fortunes since becoming the club’s manager but it has not been without having to deal with major player problems.

Sterling’s situation currently is not dissimilar to the Luis Suarez saga that dominated newspaper inches back in the summer of 2013.

With the Uruguayan making his desire to leave Anfield perfectly clear and a sizeable bid from Arsenal on the table, the Reds had to fight tooth-and-nail to keep their prize asset.

This in turn allowed Liverpool the services of one of the best strikers in the world for an additional 12 months, playing its part in the club’s unlikely title challenge and bolstered the coffers as Suarez’s transfer fee in selling him to Barcelona was significantly more than what Arsenal had offered. 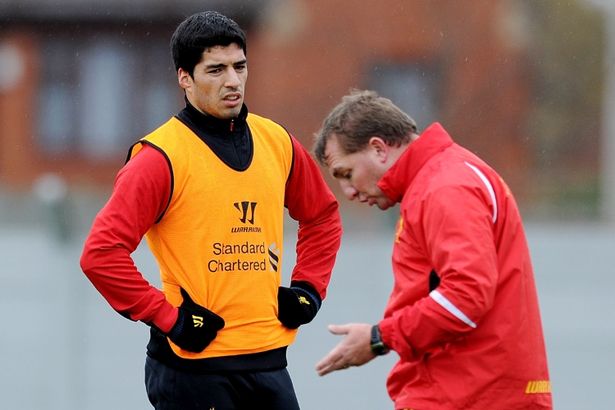 Although Sterling lacks the forthright nature of Suarez, his unexpected interview with the BBC suggests that the England star has agents, representatives and people behind the scenes to do his dirty work and upset the applecart.

If the Reds do miss out on the Champions League, another summer of steadfastness against a star player that wants to leave could be on the cards.

Ahead of tonight’s Champions League quarter-finals, Suarez has spoken out about his desire to win Europe’s top tournament with the Spaniards; something that was never on offer at Liverpool according to the striker.

It seems understandable that Sterling and other top players with the opportunity to move to the biggest teams in Europe will feel the same and as such it could well be a matter of when, rather than if, the youngster leaves Anfield.

The days of Steven Gerrard, a homegrown hero that turned his back on offers from overseas and title-winning teams to stay at his boyhood club, appear over. Loyalty seems a real rarity in the modern game.

That said, with the Reds legend leaving Merseyside this summer having never been crowned an English champion, his decision to stay loyal will be mulled over with interest.

Without even mentioning the irrational character that is Mario Balotelli, it appears that Rodgers has one of the toughest jobs in the Premier League, with Sterling not making his task any easier.