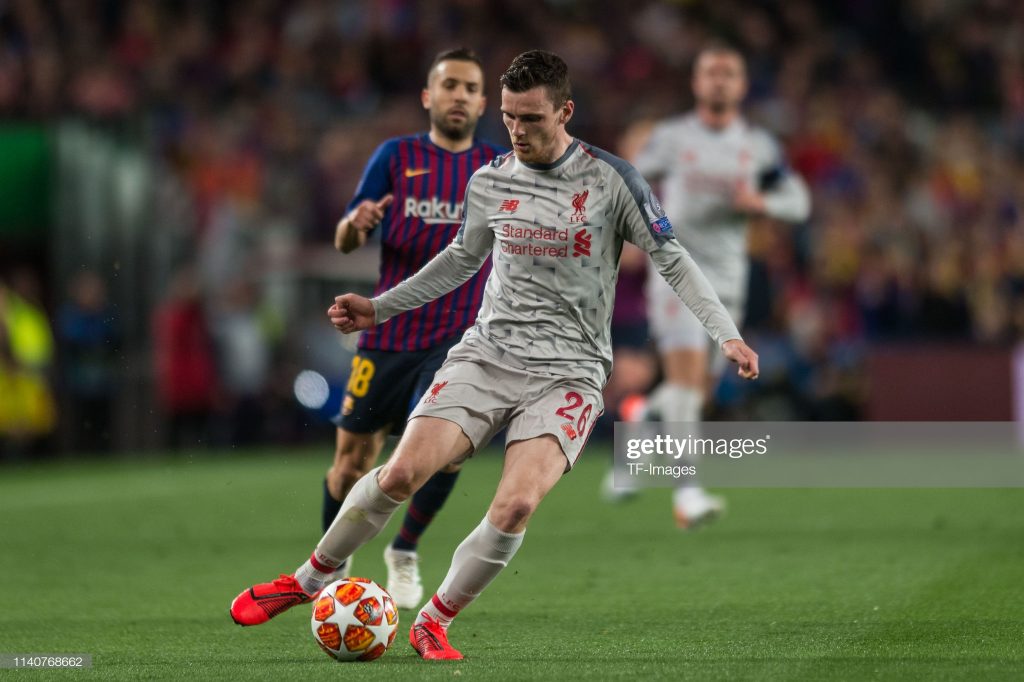 Liverpool left-back Andrew Robertson has been voted by ESPN as the best in his position in the world following his side’s incredible campaign last term.

The Anfield outfit won the Champions League after handing Tottenham Hotspur a 2-0 defeat in the final, while only narrowly missing out on the Premier League title to Manchester City with a point.

Liverpool have hit the ground running this season, going eight points clear at the top of the table after 12 points, and Robertson has remained his brilliant self, assisting four goals and weighing in with one.

The Scotland international is unarguably the best left-back in England at the moment, and many will reckon he is also the best in the world.

However, the 25-year-old claims that honour belongs to Barcelona’s Jordi Alba.

“For me, the best left-back in the world is Jordi Alba,” the Liverpool defender told ESPN (via Sport).

Alba, 30, has five league titles and a Champions League trophy with Barcelona, and while he is a veteran in the game, a mistake – which led to a goal – from him proved costly as Liverpool overturned their 3-0 first-leg loss at Camp Nou to run out 4-3 winners at Anfield in last season’s semifinals.

Robertson ended last season with 13 assists across all competitions, earning himself a spot in the PFA Team of the Year, and will no doubt become the undisputed best left-back in the world should he keep improving.