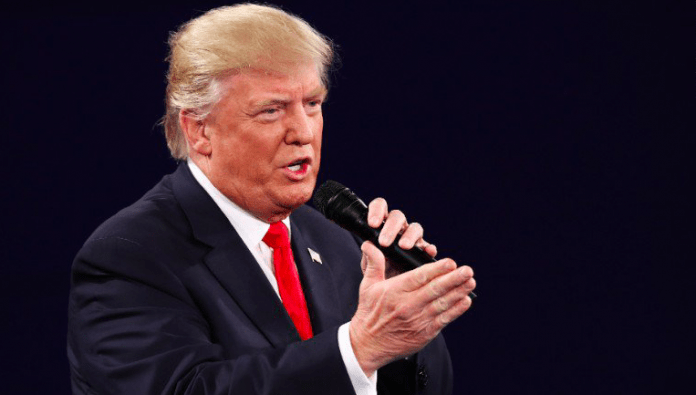 New Balance shoe owners are throwing away their sneakers, or lighting them on fire in the act of protest after the company reportedly voiced support for the United States’ President-elect Donald Trump.

After Trump’s almost unimaginable victory, the trainer manufacturer’s Vice President of Public Affairs, Matt LeBretton, came out publicly to congratulate the new President-elect. He told the Wall Street Journal on Wednesday, “The Obama administration turned a deaf ear to us and frankly with President-elect Trump we feel things are going to move in the right direction.“

He also suggested the company’s decision to endorse Trump was influenced by his opposition to the Trans-Pacific Partnership — a trade deal between the United States and 11 other countries.

The brief statement has outraged countless fans of the brand who took to Twitter to express their discontent:

@SoleCollector @newbalance good to know. I made a little bonfire tonight 🙂 pic.twitter.com/yOdCTbQgac

Other videos on social media show owners throwing their shoes in trash cans or tossing them out of the window.

Notably, New Balance is English Premier League club Liverpool‘s kit sponsor. The Premier League side signed a deal with the manufacturers in 2015, and it was a record-breaking £300m kit deal.

As the outrage was brewing among New Balance sneaker owners, the Boston-based corporation released another statement saying, “We believe in community. We believe in humanity.“

It doesn’t come as a surprise that such reaction followed after New Balance’s Vice President of Public Affairs officially backed Donald Trump. Trump’s election campaign was widely unpopular, and his surprise win has not been welcomed by a significant number of Americans due to his history of off-color remarks and beliefs. People have been pointing to the sexist, racist, and xenophobic statements that he’s made throughout the years.

A day after Donald Trump’s election to the presidency, divisions have widened as many thousands of demonstrators have flooded the streets across the country to protest his win.