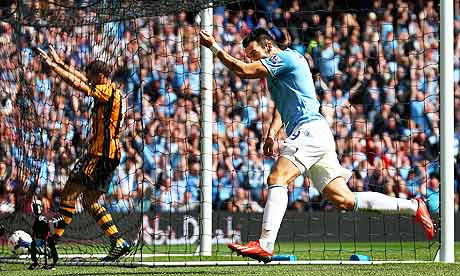 Ahead of their biggest clash of the season so far, Liverpool are making late incursions in the transfer market as Brendan Rodgers is looking to bolster his squad as much as he can. According to reports in France, the Reds have already agreed a deal for Paris Saint-Germain defender Mamadou Sakho, who is set to sign a 4-year-contract and will earn €100k a week at Liverpool.

The Reds will initially pay €18-19 million upfront, and the rest €4 million will be paid as bonuses. Also, Liverpool are poised to sign the highly rated young Sporting defender Tiago llori and are closing in on a £8 million deal for him. Further, talks have been going on to bring Victor Moses on loan from Chelsea, though West Brom are also interested for the Nigerian.

Over to the Premier League and potential title challengers Manchester City have bounced back from their shock defeat against Cardiff City with a convincing 2-0 victory at home against Hull City. Elsewhere, Newcastle United have earned their first league victory of the season, by beating Fulham 1-0. Stoke City and Norwich have also registered victories, while Roberto Martinez’ Everton drew their third consecutive match of the season.

Here are other top headlines for tonight:

José Mourinho: my teams are victims of Uefa conspiracy – The Guardian