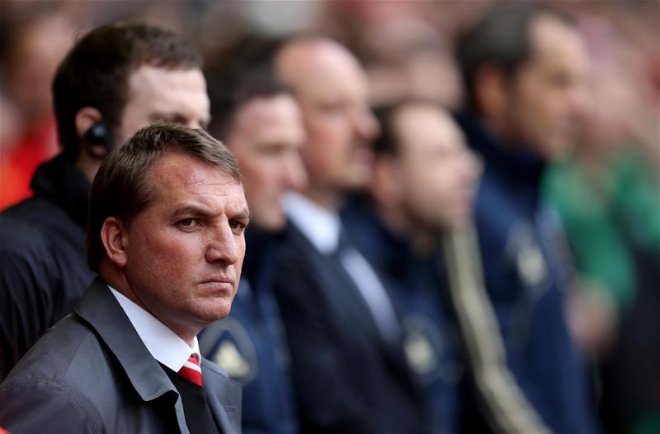 Liverpool have sacked Brendan Rodgers after a poor start to the season.

The Reds played out a 1-1 draw against Everton, in the Merseyside Derby, earlier this afternoon.

The club’s principal owner, John Henry confirmed that the decision has been taken with the best interests of the club at heart and a new manager will be appointed soon.

FSG also wished Rodgers a long and successful career in the game.

The likes of Klopp and Ancelotti have been tipped to replace the former Swansea manager at Anfield.

Although most people expected the sack, few would have seen this coming hours after the derby.

Liverpool’s decision to part ways with Rodgers came as a shock to many and sent the social media into frenzy. While some celebrated the decisions, others chose to have a dig and some sympathized.

Let us look at some of the best tweets on the Brendan Rodgers sacking.

Rodgers was over rated Suarez made him look good . Since he left LFC went down hill

The next Liverpool manager is Ancelloti on an 18 month/2 year deal or Klopp on a 3 to 4. There are no other scenarios. None.

Am told, by my Germann source, that Klopp will be the next manager of Liverpool Footbal Club. #LFC

The final minutes of Brendan Rodgers’ career at Liverpool pic.twitter.com/l8BJqNl4eL