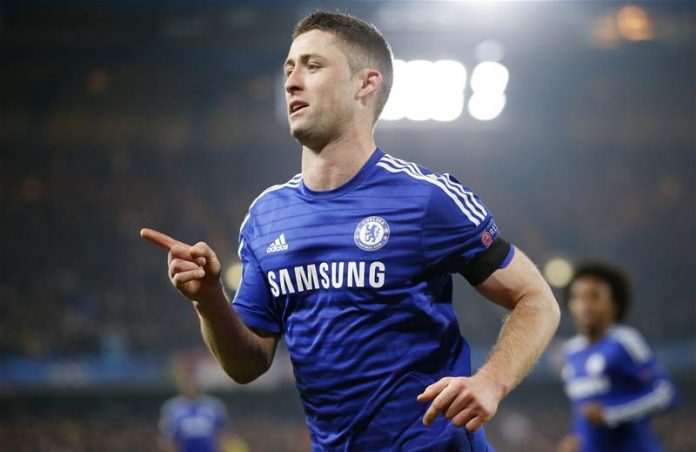 Liverpool and Roma are reportedly targeting Chelsea’s Gary Cahill with the out of favour defender eyeing first team football in a bid to secure Euro 2016 selection.

Cahill has slipped down the pecking order under interim boss Guus Hiddink as John Terry and Kurt Zouma seem to have set up a healthy partnership. The news that New York Red Bulls centre-back Matt Miazga has completed a medical with the Blues could indicate that he is a replacement for England’s vice-captain leaving the door wide open for him.

In the past 24 hours Liverpool have emerged as shock front-runners but sources suggest that Chelsea are keen to avoid selling to Premier League rivals with a move to Roma being favoured by Roman Abramovich. The switch would coincidentally see Cahill follow in the footsteps of now LA Galaxy defender Ashley Cole.

Cahill, who has made 40 appearances for the “Three Lions”, would more than likely slot in right alongside Mamadou Sakho at Liverpool due to their current injury crisis whereas Roma are always on the look out to tighten up their back-line. His contract has a buy-out clause of £13 million which Liverpool have apparently met but no more news has followed.

With the looming European competitions fast approaching this summer, it’s crucial that Gary Cahill breaks into the starting line-up whether it’s with Chelsea or any other club pursuing him. Chris Smalling, Phil Jones, Eric Dier, John Stones, Phil Jagielka and Ryan Shawcross, to name a few, will also be pushing for a spot in that final 23-man squad.