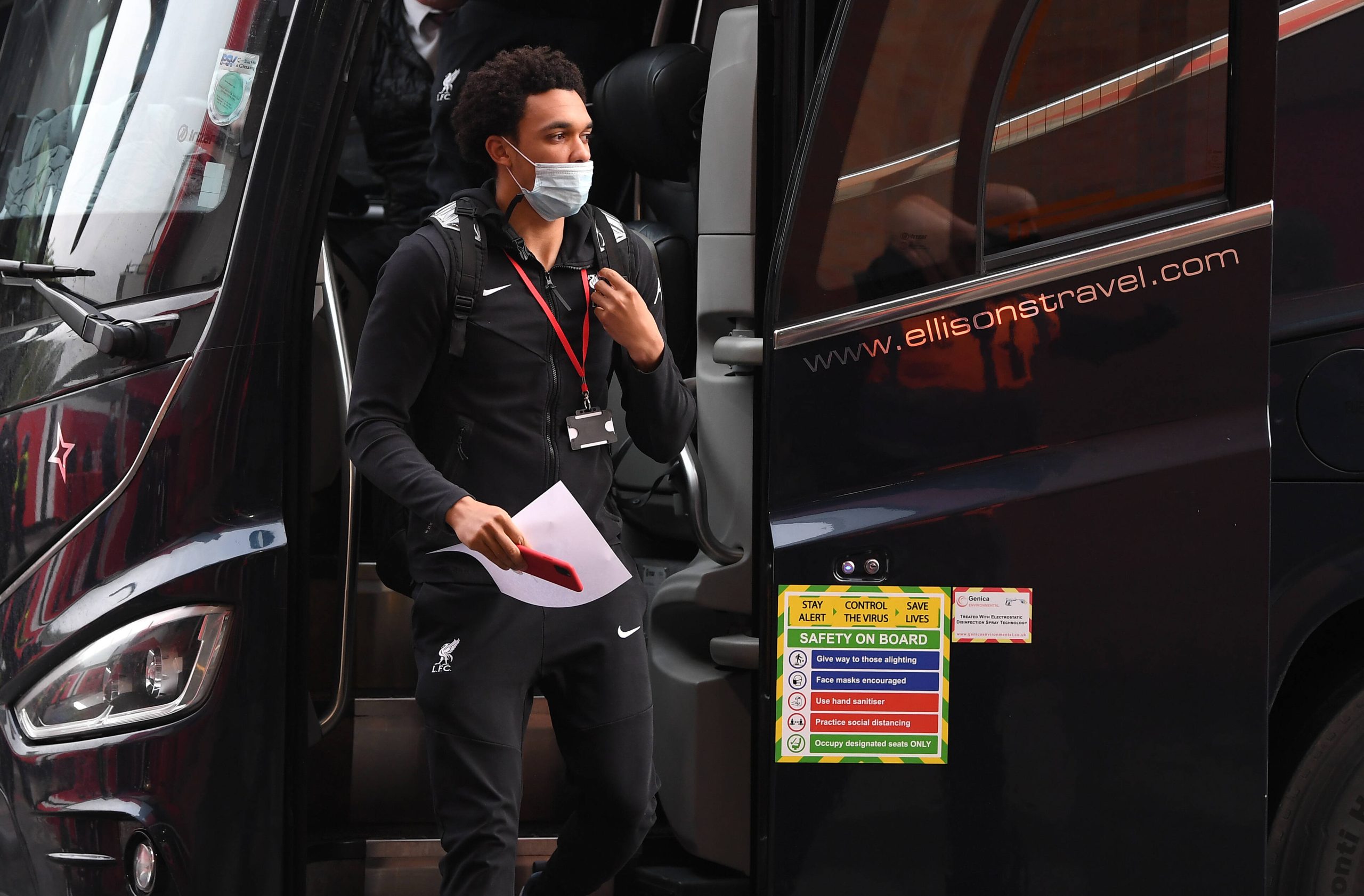 Liverpool right-back Trent Alexander-Arnold may still miss out on England’s European Championship squad when manager Gareth Southgate makes his announcement on May 25, according to The Athletic’s David Ornstein.

The Reds star was omitted from the Three Lions’ last squad for the World Cup qualifiers during March.

Despite bagging two goals and seven assists in 34 Premier League games this season, Southgate appears not to have changed his mind.

Manchester City’s Kyle Walker and Atletico Madrid’s Kieran Trippier are expected to be selected as the right-back options. Chelsea’s Reece James could also get the nod ahead of the Liverpool defender.

He appears to have reservations over Alexander-Arnold’s ability to strike that balance compared to the other right-back options.

The 22-year-old has not been completely ruled out of making England’s 26-man squad, although it appears that injuries to other players are the only way he will get in.

While the chance to add three more players to his squad after UEFA’s approval could boost Alexander-Arnold’s Euro chances, Southgate is unlikely to take another right-back to the tournament.

Alexander-Arnold’s talent or character will play no part in Southgate’s final decision as the Three Lions boss will only select players that fit into the way he wants the team to operate.

With 20 Premier League assists since the start of 2019-20, the Liverpool defender is arguably the best attacking right-back in Europe.

However, he is not one of the most solid full-backs defensively, and opponents have often exploited that weakness when playing against Jurgen Klopp’s team.

Based on his abilities to cross the ball perfectly and carve out goalscoring chances alone, he deserves to be in the England squad.

However, it appears that Southgate wants the complete package, and there will be a nervous wait to see whether he makes it.

In other news, injured Liverpool centre-back is reportedly leaving the club at the end of the season.