Liverpool midfielder Lucas Leiva could soon be reunited with former manager Rafael Benitez at Italian side Napoli according to reports today from the trusted English tabloid Independent. The recent developments comes after the Brazilian posted the following photo on his Instagram account. 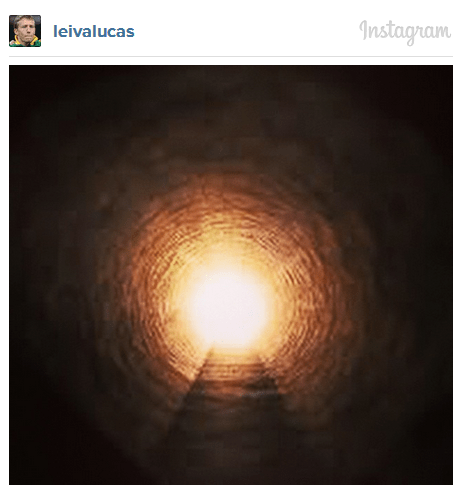 The photo clearly depicts a light at the end of a dark tunnel which might hint towards the 27 year old’s desire to leave Anfield to see significant game time on the pitch.

It is believed that Napoli’s move for Manchester United flop Marouane Fellaini has hit a potential stumbling block over the player’s high wage demands of £100,000-a-week.

Moreover Lucas holds an Italian passport as we reported way back in the first week of July. Recent injuries have also held back Lucas’ flourishing career at Liverpool while Steven Gerrard’s deep lying role and the arrival of Emre Can from Bayer Leverkusen in the summer hints that his future lies way from the club.

Benitez had earlier signed Lucas for £5m from Gremio in 2007 during the former successful reign at Anfield and Naples based outlet Napoli Style have also reported that the Spanish tactician is keen to bring his former pupil at Sao Paolo Stadion for th 2014-15 season on a loan deal with an option to buy.