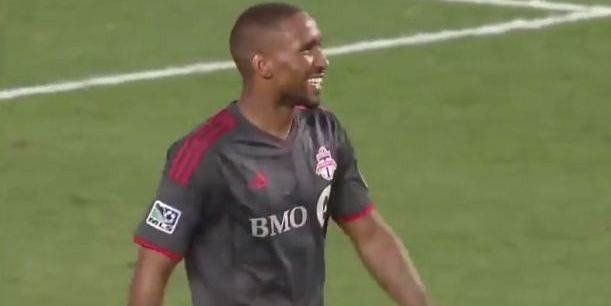 Let the rumours and transfers begin. Happy Transfer window guys. According to reports in the Daily Telegraph, MLS side FC Toronto have offered Jermain Defoe to Liverpool, the former Tottenham star who is desperate to return to the Premier League. Queens Park Rangers and Hull City too are interested to sign the 32 year old.

The report claims that Defoe is desperate to return to England however it is highly unlikely that any club will like to buy him and instead ask for a six month loan deal till the end of the season. Toronto however want to sell Defoea for £6m to any potential suitors. Liverpool are in dire need of a striker given that Daniel Sturridge has been injured for a majority of the season while Mario Balotelli has fired blanks since his £16m move from AC Milan in the summer.

Manager Brendan Rodgers too hasn’t put his confidence to either Rickie Lambert or Fabio Borini, thus buying a striker remains the priority for Liverpool in January. Defoe would be a great stop gap solution given he has a vast of Premier League experience. But his age will be a huge concerns as the Reds owners Fenway Sports Group are against buying players who don’t have a resale value. Only time shall tell if we can see Defoe at Anfield this season.