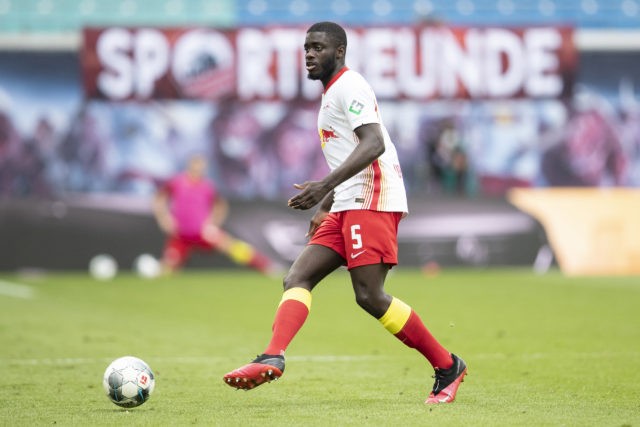 Upamecano joined Die Roten Bullen in the January window of 2017 from RB Salzburg. He has since become one of the world’s most sought after youngsters, garnering plenty of attention for his performances in last season’s Champions League campaign as his side reached the semi-finals.

The Frenchman has been strongly linked with a move away from the Red Bull Arena, with the likes of Chelsea and Manchester United among many rumoured to be interested in the centre-back.

Meanwhile, Liverpool have been in the hunt for a central defender following this season’s injury crisis. Virgil van Dijk and Joe Gomez have both been ruled out long term, forcing Jurgen Klopp to fast track Nat Phillips and Rhys Williams to the first team, as well as utilise Fabinho and Jordan Henderson in the centre-back role.

However, journalist Fabrizio Romano has dismissed the possibility of the Reds making a move for Upamecano this January, instead focusing on a new contract for Van Dijk.

“He (Klopp) is looking for opportunities, but spending £60 million on Dayot Upamecano or this kind of centre-back is absolutely impossible in this window for Liverpool,” said Romano.

“If they have a good opportunity, they will think about it in the coming weeks. But if not, I’m sure Liverpool will stay with this squad and look to extend the contract of Virgil van Dijk.”

“They will look into opening negotiations on a new deal and then next summer they will also look to sign a player in defence.”

RB Leipzig CEO Oliver Mintzlaff has admitted that Upamecano could be sold in the coming months if the right offer comes along.

Speaking to German newspaper Bild (via Sky Sports), Mintzlaff said: “We have a squad that is very broad in terms of quality, so we will sell top performers again if it makes financial sense, and we can cope with it from a sporting point of view.”