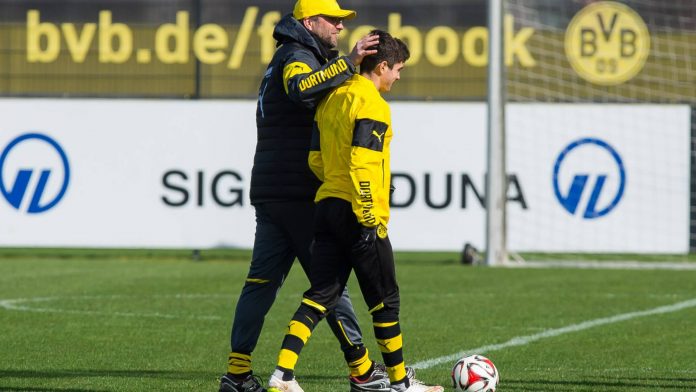 Borussia Dortmund winger, Christian Pulisic, was linked with a move to Liverpool during the summer transfer window, and the Reds are willing to renew their interest in the player when the window reopens in January.

The American international is regarded as one of the finest young talents in Europe right now, and Klopp is well aware of his potential, having worked with him at Dortmund.

Following an injury to key midfielder, Philippe Coutinho, the German manager is now looking to add to his attacking options with the signing of Pulisic. According to Daily Mail, Liverpool would need to pay in the region of £25m to land the youngster. Coutinho is out for the next 5-6 weeks with an ankle injury he picked up against Sunderland.

Liverpool are second in the Premier League table right now, and signing someone like Pulisic could help them in the title race. The Dortmund winger can play on both flanks, and can operate as a number ten, as well. Furthermore, his versatility and style of play fits in with Liverpool’s philosophy.

Mail are reporting that, although Dortmund are unwilling to sell the 18-year-old, they might consider a substantial offer. Liverpool had a bid rejected for Pulisic during the summer window. Pulisic is a key member of the Dortmund first team now, and has featured in 14 games already this season. The young winger has also racked up 11 caps for his country, already.

Pulisic has a contract at Dortmund until 2019, and the German outfit are looking to offer him a new deal. It will be intriguing to see if the player agrees to a new contract, considering all the interest in him. If the Reds do manage to lure him to Anfield this season, it would be a masterstroke from Jurgen Klopp. At the end of the day, Pulisic is a world-class talent and has a big future ahead of him.