The Merseyside club were ruthless in front of goal during the 2013-14 season, with Luis Suarez, Daniel Sturridge and Raheem Sterling the key attacking players for Brendan Rodgers’ side, and the Liverpool boss is now poised to add Rickie Lambert into the mix.

The England international is set to complete his switch to Anfield by Monday, with his medical earlier today going smoothly, and Liverpool legend Aldridge believes Lambert’s technical ability will add a different approach to Liverpool’s attack next season and says his acquisition would be a great bit of business for the Reds.

“Christmas has come early for Rickie and I’m absolutely made up for him. He will give us that bit of a Plan B which we didn’t have last season,” Aldridge told the Liverpool ECHO.

“When you looked at the bench when we were challenging for the title Brendan didn’t really have any options on the bench to change things. It was a choice between Iago Aspas or Victor Moses, and it was pretty clear they weren’t going to change a game for us.”

“But Rickie with his aerial ability, with the way he attacks balls coming into the box, gives us that different threat when it comes to getting crosses in.”

“Teams are going to park the bus at Anfield next season and we will need different approaches to try to break them down. With Rickie it means if we need to we can mix it up.” 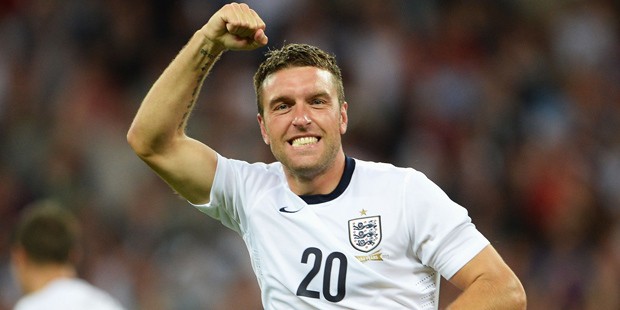 “He can lead the line well and he can hold it up and bring others into play,” Aldridge continued,

“He’s also no mug on the floor, if he wasn’t technically good he wouldn’t be in England’s World Cup squad. It’s a great piece of business and I’m delighted for him,”

Meanwhile, Lambert’s club and country teammate Adam Lallana is also edging towards a move to Liverpool, with the club having made a £25m last ditch bid for the midfielder’s services yesterday, after their initial approach of £20m was turned down by Southampton.