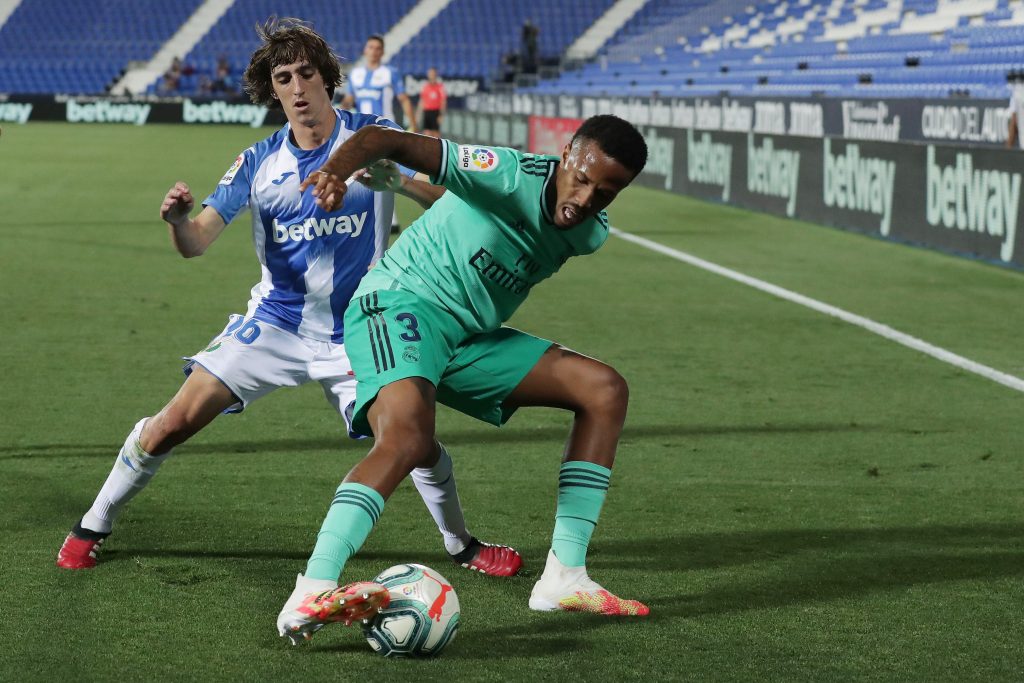 Liverpool are thought to be keen on the Real Madrid defender Eder Militao.

The Brazilian defender has failed to live up to the expectations since his £43 million move to Santiago Bernabeu and the Spanish club are willing to listen to offers for him next month.

According to Todofichajes, Zinedine Zidane has asked the Spanish champions not to sell the young defender in case of an injury crisis at the back and it will be interesting to see if Liverpool can convince Los Blancos to sell the player regardless of Zidane’s stance.

Liverpool are going through an injury crisis at the back this season and they have lost Virgil van Dijk and Joe Gomez for several months.

The likes of Joel Matip have been quite injury prone since moving to Anfield and Jurgen Klopp must look to bring in another centre back next month.

Before his move to Real Madrid, Eder Militao was highly rated around Europe and Jurgen Klopp could help unlock his potential at Anfield.

The German manager has done well to develop young defenders like Joe Gomez and Trent Alexander-Arnold since taking over at Liverpool and there is no reason why he cannot improve Eder Militao as well.

Real Madrid will be looking to recoup most of what they paid for the Brazilian if they are forced to sell him next month and it remains to be seen whether Liverpool are prepared to break the bank for him.

Even if a permanent move does not materialise, a loan move next month could be ideal for the player and Liverpool. The Reds will be able to bring in the necessary depth and Militao would get to play more often.

The 22-year-old defender has started just one La Liga game and one Champions League game for Los Blancos this season.