Virgil van Dijk Injury: How Liverpool can cope without the Dutchman 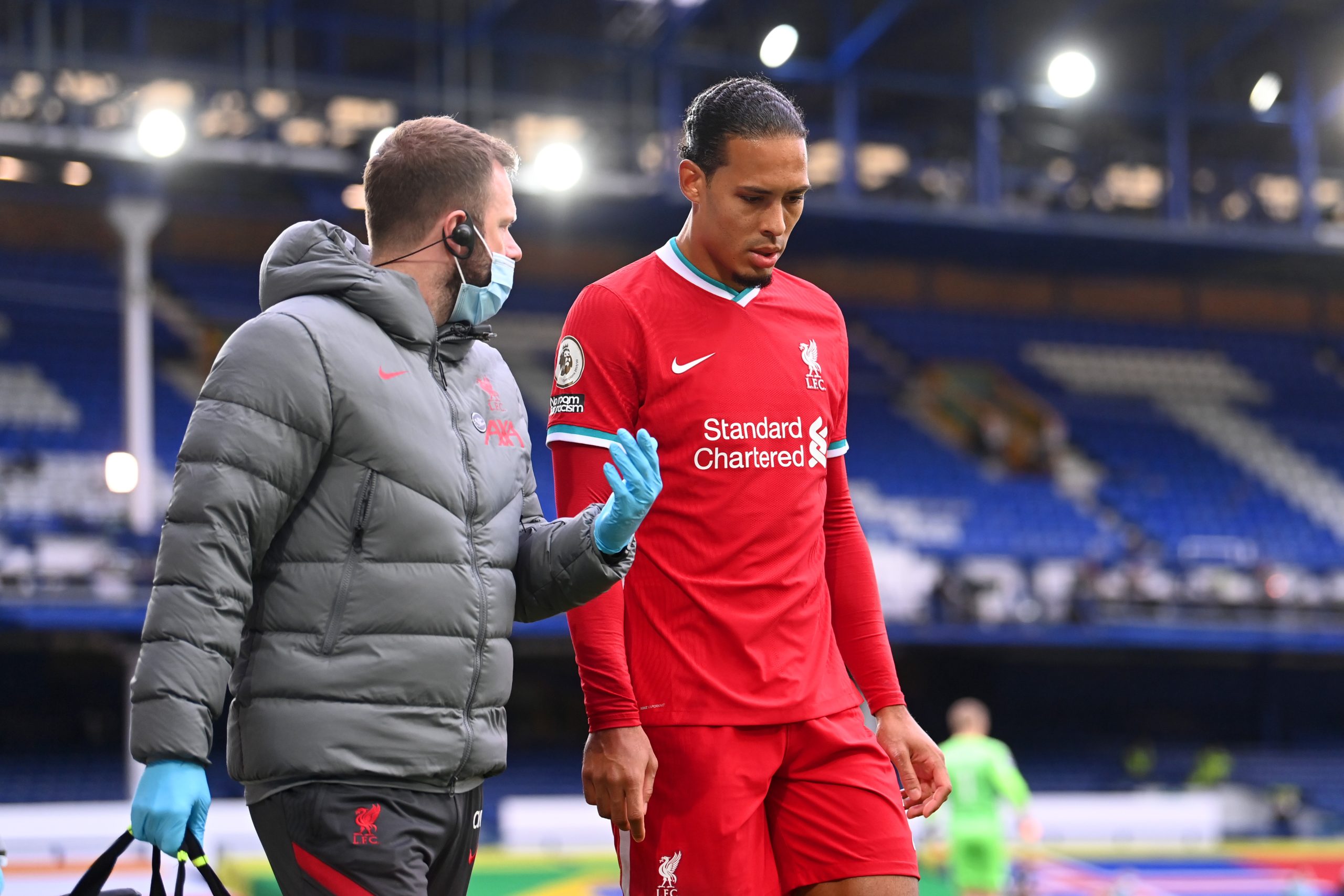 Liverpool defender Virgil van Dijk picked up a knee injury against Everton over the weekend and he is set to undergo surgery now that will keep him out for several months.

It seems that the Dutch international could miss the remainder of the season with ACL damage.

Van Dijk has been ever-present for the Reds since joining the club from Southampton and his absence will be a massive blow to Liverpool’s title hopes. The 29-year-old is the best player in the world in his position and he is irreplaceable.

Liverpool will struggle to find someone of his quality in the market even if they decide to sign someone in January.

Virgil van Dijk will undergo surgery on the knee injury sustained during Saturday’s 2-2 draw at @Everton.

Following surgery, Virgil will begin a rehabilitation programme to enable him to reach full fitness as soon as possible.

The only way they can try to control the damage is by changing their game tactically and shifting their focus on a more aggressive approach.

Liverpool must look to switch to Jurgen Klopp’s favoured 4-2-3-1 formation in the coming weeks.

The German used the system to great effect during his time in Dortmund and Liverpool could use a similar setup now.

With Van Dijk out and Thiago sidelined for a few weeks, Liverpool’s midfield options will be stretched as well. Fabinho can step in as a centre back and 4-2-3-1 would allow Liverpool to field a base of Wijnaldum and Henderson.

Using a 4-3-3 system would require Fabinho to play in the midfield, which will weaken the Reds at the back. Matip and Gomez are good players but they have had their fair share of injuries of the years and it would be fair to assume that Fabinho will be needed at the back at some point sooner rather than later.

Furthermore, Liverpool have the attacking options to play a 4-2-3-1 system as well.

Sadio Mane, Roberto Firmino and Mohamed Salah can all operate in their natural roles with Diogo Jota leading the attack.

Klopp has the likes of Minamino, Shaqiri, Jones and Origi at his disposal as well.

The 4-2-3-1 system would allow Liverpool to focus on their attack and play with more purpose. They will be vulnerable at the back without Van Dijk and they must look to outscore teams like they did during the 2017/18 season.