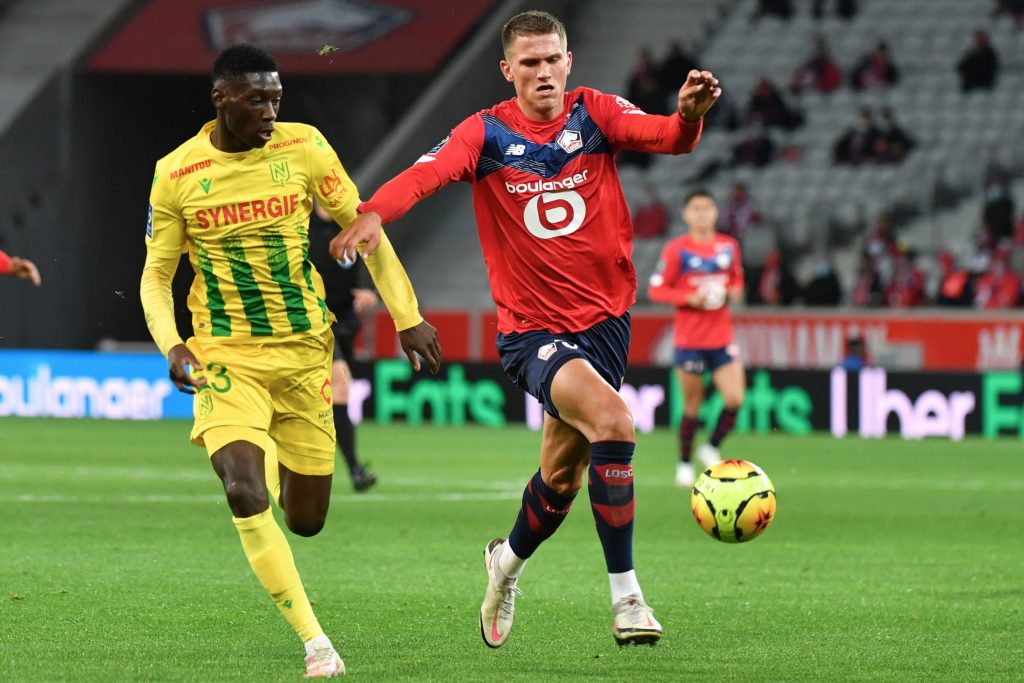 Liverpool are keen on signing the Lille defender Sven Botman.

The 20-year-old Dutchman is one of the best young defensive talents around Europe right now and the Reds want to bring him in in order to cope with their injury crisis.

Virgil van Dijk and Joe Gomez have been ruled out for several months with serious injuries and Liverpool have had to rely on makeshift defenders and academy players to bail them out at the back.

The Reds will want to defend their Premier League Crown and win the title once again this season and they should look to bring in a quality defender for the second half of the season.

Sven Botman is an immense talent who could prove to be a quality long term signing for the Premier League champions.

Lille are going through a financial crisis right now and Liverpool are hoping to make the most of the opportunity and snap him up. According to GFFN, the French outfit would be willing to sell the defender for €30 million.

It would represent a significant profit on their investment of €10 million on the player six months ago.

Liverpool have struggled in the air since the injuries to Van Dijk and Gomez. The arrival of Sven Botman would certainly help them a lot. The young Dutchman is excellent in the aerial duels and strong in tackles.

The 20-year-old is calm and composed on the ball and he could help the Reds build from the back.

The report claims that Liverpool have already made contact with the player’s agent in November but talks are not at an advanced stage right now.

Liverpool are not the only club interested in signing the 20-year-old defender and the likes of Inter Milan are thought to be keen as well.

Would take this fella. Tall, Left Sided and still very young. Solid and no doubtedly would improve under JK.

him or Perr Schuurs pleasee

Botman only recently arrived at Lille but has been superb in France – he has won the second most aerial duels for an U23 player this season, behind only DCL.

A little slow but he seems to be able to compensate for that. No shock Liverpool interested – Lille need the money too. https://t.co/8wBn04t9Po

Not going to pretend I know too much about him, but he is very highly regarded…#LFC 🔴 pic.twitter.com/qFxqg84E7J