Liverpool have been very busy in this transfer window. Along with signing as many as seven players, the Reds are also rapidly getting rid of players. Jurgen Klopp is very keen on trimming the squad and we can expect further departures after Joe Allen, for whom a fee of £13m was accepted from Stoke City. Liverpool have since, also accepted a £6m bid for Brad Smith from Bournemouth.

Here are five players who could leave Liverpool in the remainder of the transfer window.

The former Aston Villa striker has found things difficult at Merseyside. After Liverpool shell out£32.5m for him last summer, much was expected from the Belgian. The 25-year-old, however, experienced a disappointing season where he only registered 10 goals in 42 appearances in all competitions. While a lot of these appearances were from the bench and hence, can be called misleading, most of Benteke’s performances saw a man devoid of all confidence and he missed several one on one chances in these games.

Benteke is still a good striker, as many of his Liverpool goals would suggest, but one not suited for Klopp’s high intensity pressing method. He would serve a team like Aston Villa well, as he did for three seasons. He has been linked severely with a move to Crystal Palace. The Reds are ambitious and want £33million for their Belgian striker, half a million more than what they spent last summer. Palace are naturally trying to bargain and land the player for lesser. It is likely that the player will end up going for a significant sum despite his underwhelming first season at Merseyside.

Markovic joined Liverpool in the summer of 2014 as the Reds thought it was wise to replace the brilliance of Luis Suarez through different players, despite Tottenham Hotspur failing in a similar strategy. Markovic was rated highly in Serbia but the player could never get going for the Reds. Last summer, he was loaned to Fenerbahçe as Rodgers thought it was best he got game-time elsewhere. The Serbian couldn’t do well to justify his criticism and only scored twice for the Turkish side.

He has returned to join Jurgen Klopp and though many feel he should get a season to prove himself to the German boss, Klopp seems determined to get rid of all the extra weight. Fiorentina are interested in the player and are ready to take Markovic on loan for the season with an obligation to make it permanent next summer for €10 million, around £8.3 million. This would be significantly less than what Liverpool paid, £20m. 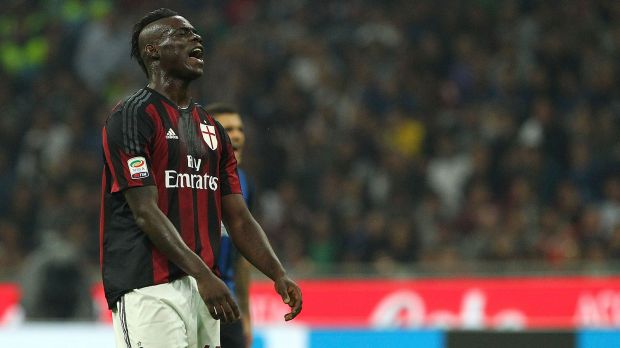 The Italian also signed in the summer of 2014 and his story at Liverpool has been a depressing one. He never quite got going and despite showing flashes of brilliance, largely remained sidelined by Brendan Rodgers. He was sent on loan to AC Milan and didn’t do anything worthwhile at the Italian club as well. Even though many argue Balotelli has a lot to prove, his work ethic and attitude has perennially been found to be problematic. Klopp has already made it clear that Liverpool are actively looking to sell Balotelli.

Sampdoria have expressed their interest in the player, with their president saying the club would be perfect for him to revive his career.

Chances are, you forgot about the lanky Spaniard who joined Liverpool from Sevilla in 2013, and was part of the club’s title chasing 13-14 season. Alberto made just nine appearances for Liverpool in the Premier League that season, mostly from the bench, which included a delightful cameo against Tottenham Hotspur in the 5-0 rout that directly resulted in Andre Villas-Boas’ sacking. He has since been sent on loan to Malaga and Deportivo. The Spaniard did well for Deportivo last season and scored 6 times and grabbed 8 assists for the club. His good season with the La Liga club led many to believe he might have a chance to prove himself to Klopp.

While he could contribute as a squad player, he is at a stage of his career where sitting on the bench and hoping to break into the first team might not be the best way to go forward. Deportivo are keen on getting the player permanently, and it might be the best move for the player.