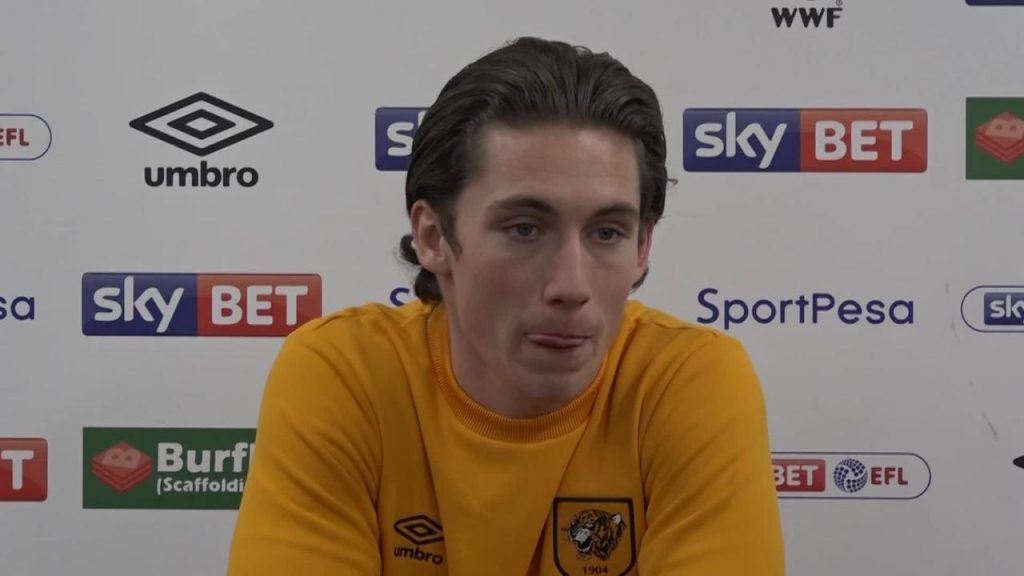 Hull City came from 3-1 down to snatch a dramatic 4-3 win against Norwich in the Championship clash on Saturday.

On loan from Liverpool, Harry Wilson scored the winning goal for the Tigers to end Norwich City’s seven-game unbeaten run.

The 20-year-old Liverpool winger joined Hull City in the January transfer window and has taken no time in settling down at his new club.

He was very influential throughout the game and managed to add an assist to his name as well. He was also successful in making four key passes, and won two tackles as well.

After the match, Wilson took to social networking site Twitter to express his reaction. He is absolutely delighted to have scored the winner and to have also bagged the Man of the Match award.

What a win today @HullCity !! Top performance from the team?? buzzing to have got the winner and man of the match? thanks for the messages! Fans were brilliant???

Wilson is a highly rated young talent and the Liverpool management will be surely keeping a close eye on his progress.

Liverpool have enough depth and quality in the attacking midfield areas but if he continues to progress at this rate, he could be in serious contention for the senior team call up.

The Reds fans took to Twitter to discuss his performance for Hull City. Here are some of the selected tweets:

Proud of you Harry

Glad to see you playing so well and back to fitness! YNWA Harry!!

First team for Liverpool next season! ⚽⚽⚽

Keep it up Harry and you’ll be in the Liverpool squad every week next season ?

On a painfull day. At least @harrywilson_ scored the winner and putting use to his loan time .

So good to see Harry Wilson do stuff like this. He’s always had so much talent and potential, hopefully this loan in the championship spurs him on. Still so young! #LFC https://t.co/ZbjVdgJiPz