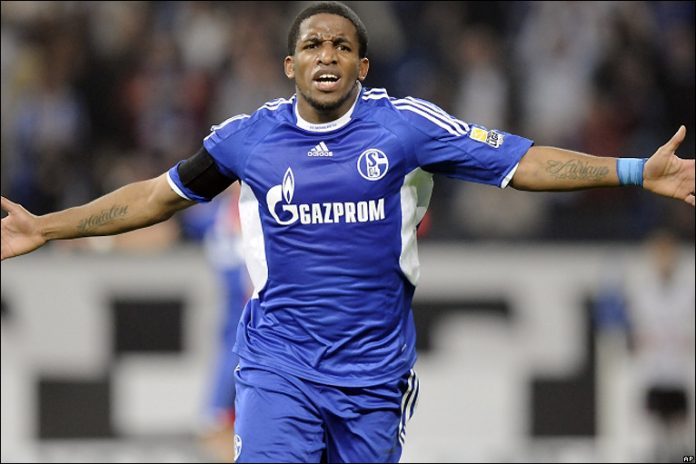 Premier League table toppers Liverpool are eyeing a summer move for Schalke winger Jefferson Farfan in the summer, according to reports from TMW.

TMW cites Liverpool Echo as their source of the news, however, we couldn’t find anything in Echo.

The last news Echo did on Farfan was back in the January transfer window, where they mentioned the Reds are “willing to make an offer of £11m of the wide-man though his Bundesliga employers are looking for a fee nearer £15m.”

The Peruvian winger has had a fantastic season in the Bundesliga scoring 9 goals and grabbing 7 assists in 24 appearances for the German side this campaign. The 29 year old however has been sidelined in the past weeks and will miss the end of the season as Schalke, who are currently third in the standings, look to snap up a place in Europe.

With Liverpool already securing a Champions League spot next season, manager Brendan Rodgers believes that his side will need enough squad depth if they are to fight for silverware next term.

Farfan’s raw pace, immaculate dribbling ability and dazzling dynamism on the ball will ceaselessly fit in Rodgers’ flexible tactical system at Anfield. The Peru International also has great holding abilities which would be key to feed strikers Luis Suarez and Daniel Sturridge up front.

Farfan has a contract with Schalke till 2016, but if Liverpool are to offer substantial money to the German club in the summer, Rodgers might land yet another coup for the Anfield faithful after a superb season in charge.